Wotlk Classic Release Date: With the Wrath of the Lich King expansion, World of Warcraft Classic has made it to Northrend. During a Livestream on Tuesday, Blizzard Entertainment announced Classic’s second expansions, as well as World of Warcraft’s upcoming live expansion, Dragonflight.

The idea is that, like earlier editions of WoW Classic, you already know what’s coming up in Wrath of the Lich King. It’s the same expansion as before, with a few minor changes.

If you need a reminder, Wrath of the Lich King assigns players the responsibility of killing the Lich King, who sits atop his icy throne in Northrend and wields death-dealing abilities. Players will be able to explore many new zones as they make their way toward the Icecrown Tower and the Lich King himself.

The Death Knight class, which has no prerequisites and starts at level 55, is also included in the expansion. Wrath of the Lich King raises the level cap in World of Warcraft Classic to 80 and adds the Inscription profession. Of course, famous dungeons like Violet Hold and Culling of Stratholme, as well as all of the raids that debuted in Wrath the first time around, will be returning.

WoW Classic version of Wrath of the Lich King Trailer

On April 19, 2022, a WoW Classic version of Wrath of the Lich King was officially announced, with a 2022 release date. Wrath was the most popular pre-Cataclysm expansion, if not the most popular expansion ever, and it will undoubtedly be one of the most anticipated expansions. When J. Allen Brack was still in charge, he even hinted at a Wrath Classic expansion when discussing the game’s future.

We don’t know when Wrath Classic will be released, but we can make some educated guesses. We do know that it will take place in 2022. With the pandemic slowing development and many high-profile employees leaving following Blizzard’s sexual harassment lawsuit, it’s safe to say that development isn’t going as planned. Even so, knowing the year helps us narrow it down a lot.

Before the announcement, there were hints.

Let’s start with the Burning Crusade Classic. The Sunwell raid, the Isle of Quel’danas questing center, the final PVP season, and the Magister’s Terrace 5-player dungeon are all now being tested. That in and of itself was a pretty big hint that Wrath Classic could be released as early as 2022.

But there’s reason to believe so because the same PTR, patch 2.5.4.42581, contains more than simply Zul’Aman and new Badge gear. It’s added several interface options that point to the Wrath of the Lich King loading screen, particularly the blue login screen buttons that accompany Sindragosa’s wailing presence on that screen. It’s a minor detail, but it meant that our speculation wasn’t based on a hunch — Blizzard was working on Wrath Classic, and the code is already in PTR builds. 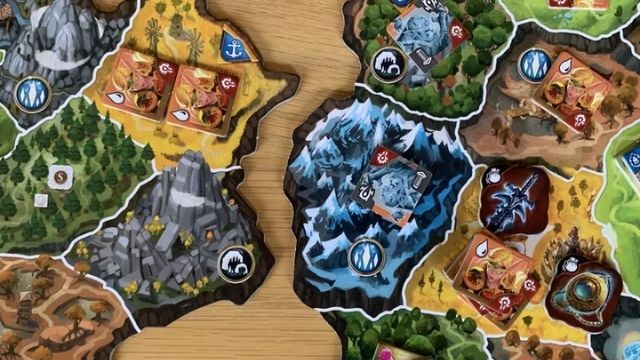 Blizzard Entertainment has announced that The Wrath of the Lich King will return to World of Warcraft later this year, giving WoW fans even another nostalgic pleasure.

In the same way that World of Warcraft Classic (which opened in 2019) and Burning Crusade Classic was re-released in 2019, the WotLK expansion from 2008 will be re-released in 2022 for WoW players to experience all over again (which launched in 2021).

“Just as it shook up WoW at its original release, Wrath of the Lich King Classic will delight both veterans and beginners with a wealth of improved features and content to discover,” the devs said.

The Wrath of the Lich King Classic will be expected to release in October 2022, although no specific month or date has been announced.

Blizzard has indicated that the expansion would be released “later this year,” so we shouldn’t have to wait too long.

If we had to start a rumor with our own bit of supposition, we’d say it’s worth recalling that the original release date for Wrath of the Lich King was November 13th, 2008.

If the Blizzard crew is feeling very nostalgic, they may decide to release the Classic edition on the same day in 2022. We’ll make sure to let you know if and when a release date is confirmed by official sources.

If you’re wondering how to download WotLK Classic, it’s worth remembering that anyone with an active World of Warcraft subscription will be able to get it. You may see the current offers by clicking that link.

Classic Era (now known as World of Warcraft Classic) was published on August 26/27, 2019, depending on where you were in the world. The game made its first appearance at BlizzCon 2018, with a simultaneous live test available for gamers to download and play for fifteen levels at home.

The quality of the game’s first exhibition suggested that it had been in development for some time, probably for a year before its release. Meanwhile, some two years after the release of its parent game, Burning Crusade Classic was released on June 1, 2021.

If everything else stayed the same at Blizzard and a global pandemic didn’t force everyone to work from home for a time, it’s possible that Wrath Classic will be released in 2023.

Even yet, there’s reason to anticipate that Wrath Classic will take longer to release than Burning Crusade Classic. Northrend is a massive expansion with a tonne of content only from level 70 to 80, and that’s not even counting the dungeons and raids.

By the time of the last significant content patch, Wrath contained 16 dungeons and eight raids. Or nine raids if you add Vault of Archavon, a single-boss raid that could only be accessed through Wintergrasp, a large open world PVP zone that combined features of battlegrounds with a mechanism that saw one faction “win” the combat and take custody of the raid until the next battle began.