Should You Upgrade Windows 11 to Windows 10?

Window 11: In October 2021, Microsoft launched Windows 11, the most recent major release of its Windows NT operating system. It’s a free upgrade from Windows 10 (2015), and it’s accessible for any Windows 10 device that meets the new Windows 11 system requirements.

Windows 11 has been met with a mixed response. The operating system’s pre-release press centered on its tighter hardware requirements, with debates about whether they were intended to increase Windows security or as a ruse to upsell users to newer devices, as well as the e-waste implications. 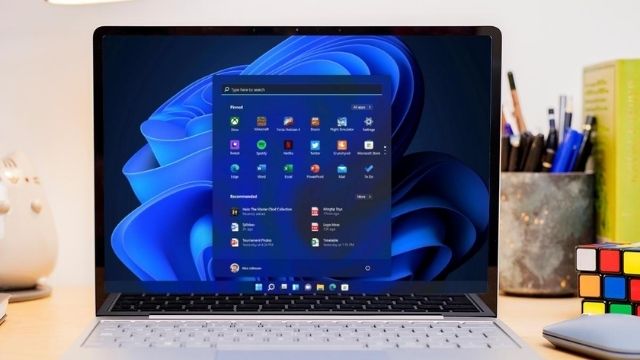 It was acclaimed upon debut for its improved aesthetic design, window management, and increased security attention, but it was panned for many changes to its user interface that were deemed to be worse than its predecessor.

As of April 2022, Windows 11 is the second most popular Windows edition on Windows PCs in the United States, with 10.55 percent, while it is still third (and fourth in some countries) globally after Windows 7, and well behind Windows 10, which has 78.35 percent in the US. Windows 11 is installed on 2.6 percent of PCs across all platforms.

Read More In 2022, Smartwatches with Wear OS 3.0 Will Be Upgraded! New Apps and Features Updates!

The system requirements for Windows 11 have been increased over Windows 10 due to security concerns.

Only devices with an eighth-generation Intel Core CPU or newer (with some minor exceptions), AMD Ryzen CPU based on Zen+ microarchitecture or newer, or Qualcomm Snapdragon 850 ARM system-on-chip or newer, with UEFI secure boot and Trusted Platform Module (TPM) 2.0 support and enabled, are officially supported by Microsoft (although Microsoft may provide exceptions to the TPM 2.0 requirement for OEMs).

While the OS can be installed on CPUs that aren’t supported, Microsoft cannot promise that updates will be available. Windows 11 dropped support for 32-bit x86 CPUs and BIOS-enabled devices.

WSA is based on Intel’s Bridge runtime compiler; Intel claims that the technology isn’t limited to its own CPUs and will work with x86-64 and ARM CPUs from other manufacturers. 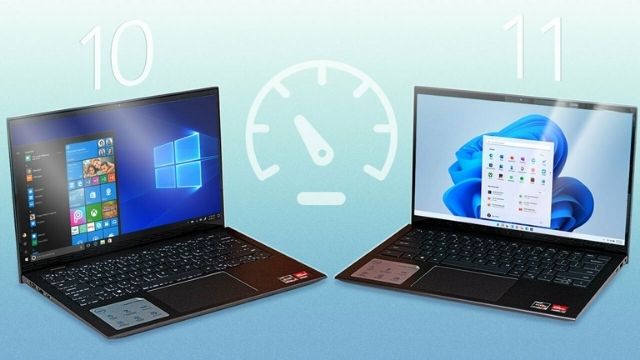 In terms of design, Windows 11 is a significant shift from Windows 10, yet the two operating systems are remarkably similar beneath the hood. With the new operating system now available on a limited number of devices — and at a faster rate than Microsoft anticipated — comparing Windows 11 to Windows 10 has never been more important.

The two operating systems can appear to be very different visually. However, there are some significant changes under the hood that distinguish the next generation of Windows from the current one. You’re undoubtedly wondering whether you should upgrade, and we’ve got you covered with this comparison of the two options.

Should You Upgrade Windows 11?

That update is only valid as long as your PC meets Microsoft’s minimum criteria, which has sparked some debate, particularly around the TPM 2.0 need, which can be perplexing, especially if you plan to upgrade your present system.

You probably got Windows 11 on the day it was announced for release if you have a Surface device or a new gadget from one of Microsoft’s partners. However, new devices running Windows 10 can now be upgraded to Windows 11 via Windows Update.

Microsoft claims to be adopting a step-by-step approach to this. Microsoft also reported in November that the launch of Windows 11 was moving faster than expected. As a result, the operating system should now be more widely available on other PCs.

If you have a suitable device, Windows 11 is worth a shot.

However, there is an alternative: using the Installation Assistant, you may install Windows 11 on a suitable PC without having to use Windows Update. Although Microsoft does not advise against going this method, some hardware may cause problems, so you may encounter bugs or “blue screens of death.”

You can also install Windows 11 on hardware that isn’t compatible. There are registry adjustments that can help, but we don’t recommend them. Microsoft may discontinue supporting PCs that aren’t certified for Windows 11, and you may lose access to important security updates.

You should upgrade to Windows 11 if you have a compatible device to give it a try. However, there is a catch. You’ll only have 10 days to go back to Windows 10 after upgrading. Learning how to downgrade from Windows 11 to Windows 10 is simple enough; just make sure you’ve given it some thought before the 10 days are up, or else it’ll be a bigger issue.

Few More Things To Keep in Mind Before Upgrade Windows 11

Aside from that, there are a few changes to be aware of if you plan to upgrade. Some functionality from Windows 10 has been removed in Windows 11.

You can’t sync your desktop background anymore, and Internet Explorer and the Math Input panel have been eliminated, along with a few other apps. 3D viewer, OneNote for Windows 10, Paint 3D, and Skype are the programs in question. However, those are still available at the store. If you’re concerned, Microsoft has a comprehensive list.

If you’re a gamer, keep in mind that Windows 11 has some special features for you. Your games will look more bright thanks to Auto HDR, and Direct Storage will let your graphics card and solid-state drive interact more quickly. In the future, you’ll be able to experience select game improvements in windowed mode as well.

What Are Some Of The Best Online Marketing Tools For Your Business?