We Were Here Forever: Between swinging through trees like a gibbon, running a postal service like a kiwi bird, and learning the sublime art of power washing, I got to experience things I would have never known otherwise. We Were Here Forever, developed by the Dutch firm Total Mayhem Games, was my particular favorite.

To be honest, I had never heard of this co-op puzzle series before, and Forever is the fourth installment. Dark forces trapped me inside Castle Rock, and I was joined by a stranger for this demo, which granted us 20 minutes to escape.

This demonstration introduced us to the illusion room of the Jester. We weren’t stranded in cold wastelands or abandoned castles as we’d seen before; instead, my new acquaintance and I were trapped inside a twisted reality.

While navigating a sequence of doors connecting neighboring rooms — all of which are represented by a projected icon in the center, such as playing cards or musical instruments – certain doors have a corresponding icon above them that only your co-op partner can see.

We Were Here Forever Plot 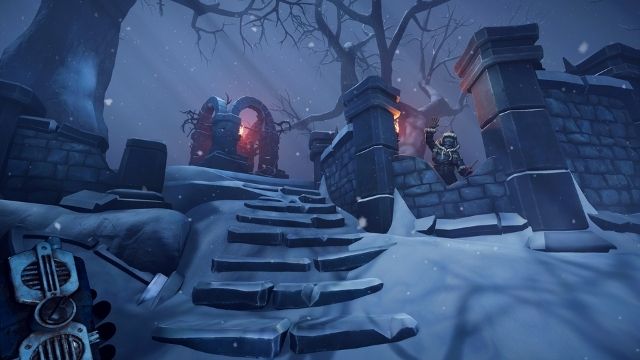 You and your companion prisoner are stuck in Castle Rock – were you betrayed, or were you simply not that bright? To get out, you’ll need to search the ominous castle for puzzles and work together to organize your escape. In the shadows, there are secrets and puzzles to be found.

Just keep in mind that nothing in this intriguing Antarctic journey is what it seems. Will you be able to escape together, or will you be stuck… for the rest of your lives?

You and a companion prisoner are trapped in the dungeons of Castle Rock, deep below its depths, and must find a way out so that you can stand beneath the frigid Antarctic skies once more – but escaping this nightmare, much alone exiting the castle, will not be simple.

Getting out of your cell and leaving the Keep is only the beginning – but can you really get out of Castle Rock? You’ll be confronted with new riddles, and you’ll have to make some decisions about how to proceed. Your quest takes you from the gloomy jail to the royal halls and out into the world.

Outside the Keep, you’ll learn about Roxbury, its population, and plans for a rebellion against the King to get out of this icy land. Hope will bring you through a creepy graveyard and then down into the murky waters of the Foundry.

You were both brought here for a reason. You could even be the missing piece of a puzzle that was started long ago and forgotten. However, someone or something is frantically attempting to solve the puzzle by any means necessary. Only an unbreakable link with your lover will keep you alive in the face of such a terrible yearning…

We Were Here Forever Features 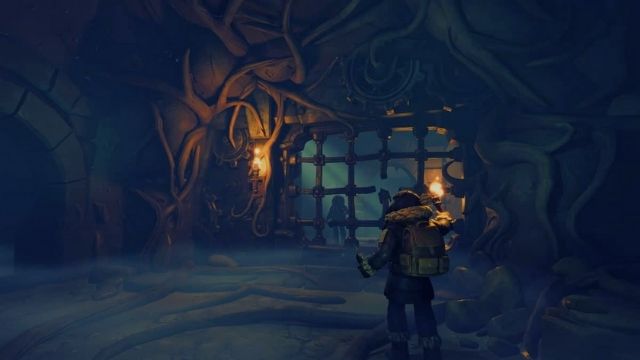 Is it possible to genuinely go away from Castle Rock?

But there’s no need to hold your breath! Try the other games in the series: as you’ll see in We Were Here, We Were Here Too, and We Were Here Together, there’s a lot to explore in Castle Rock.

Every game in the We Was Here Series is a stand-alone co-op adventure – the tales are interconnected, but they don’t have to be played in that sequence. You can also learn more about Castle Rock’s history by watching the six-part live-action video series We Were Here Stories: Chronicles of Castle Rock.

We Were Here Forever Release Date

We Were Here Forever Trailer 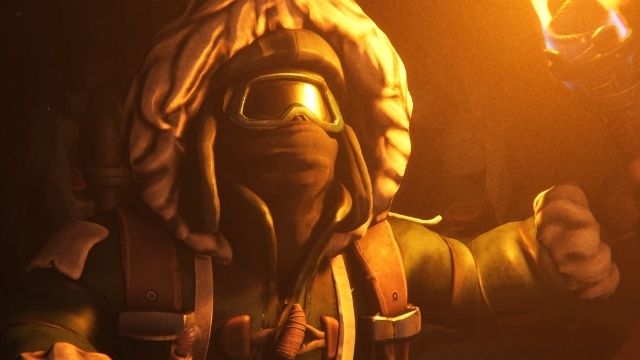 Our goal was to connect doors with matching symbols and rotate the room using a lever in the center. Some areas had a key that, when turned, would reveal further rooms, finally leading us to the Jester. We’d stroll right back into the room we’d tried to leave if the doors weren’t properly aligned.

Communication is crucial in Forever, but unlike in previous games, you can only chat to each other one at a time via an in-game walkie-talkie. That took some getting accustomed to, and I may have forgotten to press the chat button a few times, but those are minor details.

Thankfully, my new companion and I hit it off right away, instantly boosting the event. Teamwork is key to success in this game, as it is in any good co-op game; you can’t just go at it alone and hope for the best. This area was well-designed, and working together to solve the problem felt fulfilling.

Although the problem isn’t very difficult to tackle, observing our progress was motivating. Unfortunately, we ran out of time before finishing the demo, but I still had a good time.

I didn’t get to play with the larger puzzles or story components, but I was pleasantly impressed by the W.A.S.D demonstration. The co-op has never been my first choice; I’ve always favored solitary play whenever available. Nonetheless, I was invested. With Forever only a few weeks away from release, I’m eager to see what else is in store. I’m not sure what to expect, but there is one thing I know for sure. That Jester gives me the creeps.

Gaming Laptop 2022: Best to Buy With Portability, Performance and Price!