This improves the visual quality of PS5 games by reducing or removing visual abnormalities like frame pacing and screen tearing. Scenes render seamlessly, graphics seem crisper, and input lag is minimized in many PS5 games, making gameplay feel smoother. VRR support can be added to previously released PS5 games via a game patch, and future titles may feature VRR support out of the box. 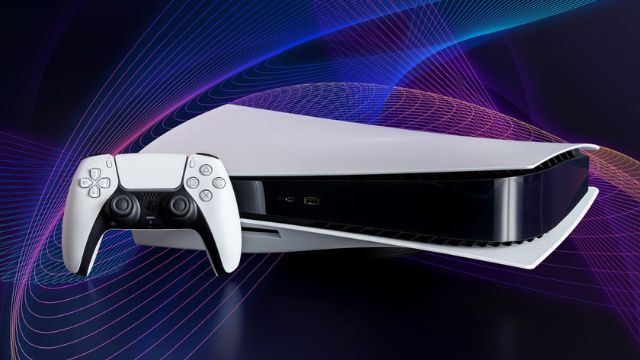 Since the PS5 was released in November of 2020, variable refresh rate (or VRR for short) has been a much-anticipated feature. Especially because Sony’s flagship platform already comes with a slew of premium features, including 120Hz support, raytracing, and the DualSense controller’s superb haptic feedback and adjustable triggers.

VRR was strangely lacking on the PS5 at the time, and we were perplexed by its removal, especially because both the Xbox Series X and Xbox Series S enthusiastically support the feature. VRR’s omission, on the other hand, is no longer an issue. The display technology is now available on the PlayStation 5, and Sony has published a list of games that will support VRR.

If you own a PS5 and are curious about the hype around VRR, we’ve put together a guide that explains what it is, how it will influence your PS5 games, and which titles support the technology.

The PS5 versions of these games will receive game patches allowing VRR support in the coming weeks: 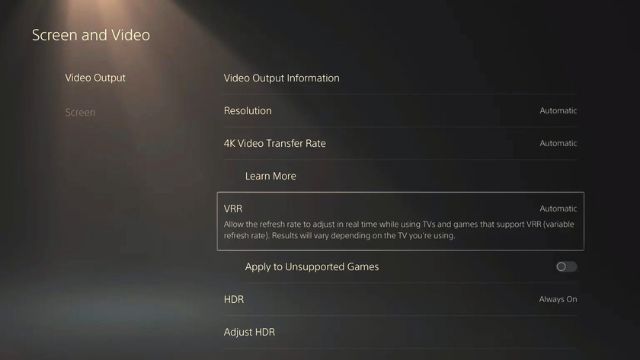 Over the next few days, VRR will be available worldwide via a PS5 console update (make sure you are connected to the internet to receive the update). If your PS5 console is connected to an HDMI 2.1 VRR-compatible TV or PC monitor after you receive the update, VRR will be enabled for supported titles automatically. You can also disable it in the system settings under “Screen and Video.”

Please keep in mind that your results may vary based on the TV you’re watching, the game you’re playing, and the graphic mode you’ve chosen for that game (if it supports multiple modes). More information about VRR settings can be found here.

How To Enable VRR on PS5

The PlayStation 5 VRR is now available on Sony’s flagship console. It’s arrived considerably sooner than expected, with the firm originally stating that the functionality would be ready months from now on the official PlayStation blog. Instead, the much-desired feature is currently accessible to test on a few games.

Sony has also given a list of games that will support VRR officially. Although it’s a tiny list right now, most – if not all – first-party PS5 exclusives will ultimately get the upgrade, as will several third-party games, some of which have already confirmed VRR support. The complete list of compatible games can be found below. 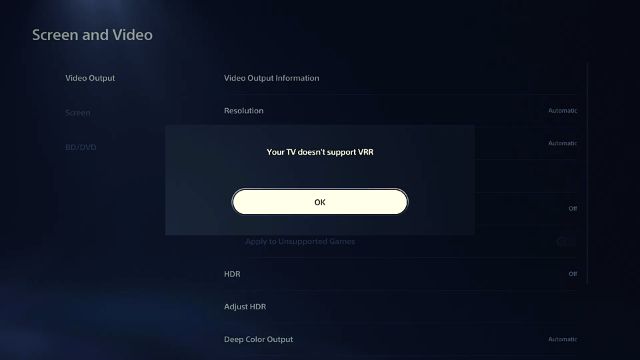 A patch will be necessary for official VRR support on a per-game basis, which isn’t ideal. However, Sony has stated that future PS5 releases may have variable refresh rate capability at launch, eliminating the need for an update.

Thankfully, there is no system update to download, however, PS5 VRR may not appear in the Settings menu until you restart your device. It can then be activated by going to Settings and selecting the Video Output submenu under Screen and Video from the Screen and Video menu. The option can be toggled on, off, or set to automatic, which applies VRR to all supported games right away.

Enabling this option “may improve video quality for select games,” according to Sony, but it also warns that unexpected visual effects may ensue. In any case, it’s great to see that PS5 VRR isn’t confined to just a few titles, even if those titles will almost certainly perform better than those that aren’t supported. You can always turn it off if you notice any strange visual anomalies when utilizing this setting.

After Sony just incorporated auto low latency mode (or ALLM) to its system, VRR is an intriguing addition to PS5. The lack of 1440p support is the one omission from the PS5’s display features that still stings.

When you connect a PS5 to a 1440p monitor, it defaults to 1080p, meaning gamers are missing out on 43.75 percent of the detail they should be seeing. With 1440p monitors being one of the most popular display resolutions on the market, Sony’s failure to support this resolution natively on the PS5 is a notable mistake.

Still, PS5 VRR support shines brightly, and we’ll be updating this guide with our entire results and compatible games as they become available.

Have you ever observed that when you change the camera angle, a piece of the image lags behind another, as if it’s been chopped in half? This is screen tearing in action, which a variable refresh rate may completely avoid.

PS5 VRR accomplishes this by synchronizing your TV’s display with the console’s output, successfully preventing screen tearing without sacrificing overall performance. A V-sync (vertical sync) option was one of the greatest ways to solve screen-tearing before variable refresh rate became more of a standard feature.

V-sync delivers the same results as variable refresh rate, with the drawback that it is hardware-dependent. As a result, activating vertical sync has a significant impact on overall performance.

Why Bose TV Speaker is Great Option To Buy With Limited Functionality?