Steelrising: In a new trailer presented at The Game Awards 2021, Spiders’ next title SteelRising reveals additional details about its tale. Gamers may already be aware that the game takes place in Paris in 1789 and fights a robotic warrior against King Louis XVI’s mechanical soldiers.

The latest teaser, on the other hand, elucidates the king’s motivations—as well as the true nature of SteelRising’s protagonist.

A narrator tells viewers at the start of the new SteelRising trailer that the monarch has gone wild and believes in a theory called animal magnetism. King Louis XVI investigated animal magnetism, often known as mesmerism, which was a real-life hypothesis developed by Franz Anton Mesmer. In the actual world, however, it was exposed as a hoax.

The trailer goes on to say that protagonist Aegis, a female-shaped dancing automaton must be the key—and that “it” is capable of much more than dancing. This contraption appears to feed on the dead, and the narrator believes she is the angel of death.

Scenes of Aegis leaping from the rooftops to slash her way through King Louis XVI’s army appear to support this theory. However, the trailer’s violence and overall ambiance give SteelRising an increasingly gruesome tone, particularly as it switches between Aegis dancing in a brightly lit environment and chopping her way through her foes. 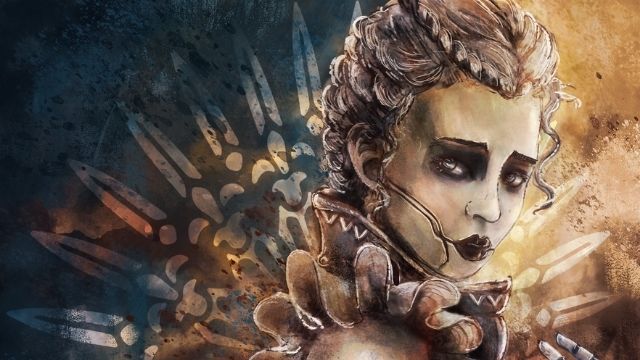 Steelrising‘s release date was revealed via a recently leaked gameplay video from Spiders. Steelrising’s many combat and progression mechanisms are explored in this video, which was exclusively provided by Game Informer.

Players assume the role of an automaton in Steelrising, a game set in an alternate history in which steampunk-style robots were widely utilized during France’s Louis XVI era. Aegis is the name of the player’s robot, and it may be fully customized to meet each player’s preferred combat style.

When compared to other action RPGs, Aegis will have a similar number of customization options. To begin, this contains a full arsenal of weapons and equipment. Armored Fans, which can be used as a shield, a ranged Shield Musket, the mid-range Gribeauval Halberd, magic-based Fire Chain, and fast-paced melee Nemesis Claws are all shown in the trailer. Armor has its own set of benefits, such as increased defense, loot multipliers, and resistances.

In terms of how Steelrising is played, the gameplay featured in the teaser suggests that it is heavily influenced by the Dark Souls franchise while also being distinct. Aegis is far faster than Elden Ring’s Tarnished, but she is still in grave danger of dying rapidly.

Aegis can also glide or tether for rapid traversal using tools. Otherwise, Steelrising players will use a combination of offensive and defensive tactics to obtain the upper hand in battle, whether they’re fighting common adversaries or named bosses.

Steelrising has also been confirmed as having a linear experience rather than an open environment. There will be branching paths and many hidden passageways, but players will not be able to freely explore open environments or access endgame areas.

As Spiders continues to work on and polish their action RPG, more Steelrising news will most likely have to wait until later this year. Be prepared to hear more about Steelrising as the Summer Game Fest and other summer activities approach in June. 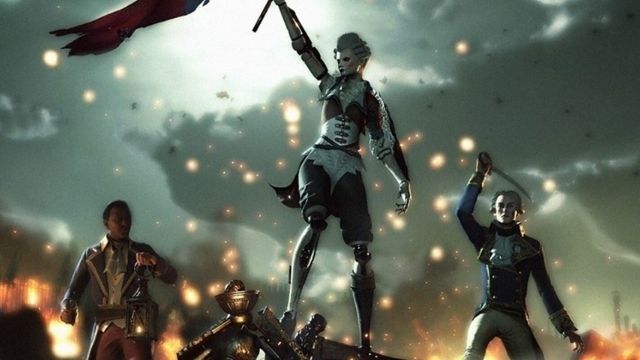 1789, Paris. The city is engulfed with fear. Louis XVI and his brutal mechanized army put down the Revolution with slaughter. Aegis, an engineering marvel, is tasked with taking against the king’s armies of automatons and altering the course of history.

To fight robot armies and affect the course of history, combine Aegis’ strength and speed with your expertise.

• A mysterious and one-of-a-kind heroine

You are Aegis, an automaton masterpiece created by Vaucanson, an engineer in the service of the Clockwork King, as Paris burns and bleeds during the Revolution. Make the most of your technical prowess to customize Aegis to your preferred style of play and transform into a formidable warrior, a lethal dancer, or an elemental virtuoso.

Fight against technological wonders that are as complicated as they are unforgiving in vicious and fierce battles. Every time spent facing these fierce opponents and huge bosses will put your nerves and talents to the test.

• You have Paris as your playground

The City of Light has been cast into darkness and is in desperate need of your assistance. Navigate the streets, roofs, neighborhoods, and castles of Paris using your energy, flexibility, and equipment to uncover hidden mysteries.

• An enthralling tale steeped in history

Explore a fascinating parallel past replete with fearsome mechanical foes and potential allies with dubious agendas. You’re the only one who can unravel history’s tangles and assure the Revolution’s success! 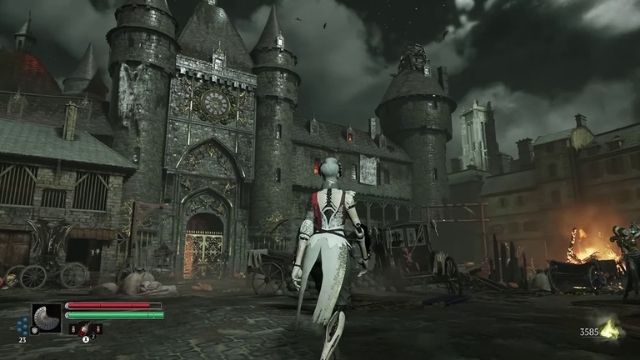 It’s been a while since we’ve heard anything new about Spiders Games‘ upcoming action-RPG Steelrising. The sequel to GreedFall was first revealed in mid-July 2020, but it took almost a year for a June 2022 release date to be announced. Unfortunately, Spiders has officially confirmed that Steelrising will not be released in June and will be delayed. Steelrising will now be released on September 22, 2022, which is a three-month wait for Spiders fans.

At IGN’s Summer of Gaming Expo, fans got a new peek at Spiders’ SteelRising. The new trailer gave gamers their finest look yet at the game and gave them a clearer idea of what to expect when it opens.

SteelRising is Spiders’ follow-up to GreedFall, and while there are some parallels between the two games, SteelRising appears to be rather different. While both games have alternate histories as their backdrops, they appear to be completely distinct games so far.

GreedFall, Spiders’ most recent game, was widely regarded as having the heart of a Dragon Age game. SteelRising could fill the hole left by Anthem’s cancellation in the robotic action role-playing genre.

While SteelRising does not appear to be in the same vein as Anthem, Spiders may be able to recapture the BioWare spirit with their unique take on the French Revolution. While the new teaser is brief, it provides enough evidence to suggest that SteelRising will diverge from GreedFall in critical ways.