Starfield: Bethesda Game Studios, the award-winning developers of The Elder Scrolls V: Skyrim and Fallout 4, has announced Starfield, their first new world in 25 years. Create any character you desire and explore with unequaled freedom as you begin on an epic mission to solve humanity’s greatest mystery in this next-generation role-playing game set amid the stars.

Starfield is located in The Settled Systems, a region that stretches outward from the Solar System for around 50 light-years. Around the year 2310, the game’s two most powerful factions, the United Colonies and the Freestar Collective fought a terrible Colony War.

The game takes place 20 years after the Colony War, with the major groups living in an uneasy truce. The player will control a customizable character who is a member of Constellation, a space exploration organization. The game can be played in first-person or third-person mode. 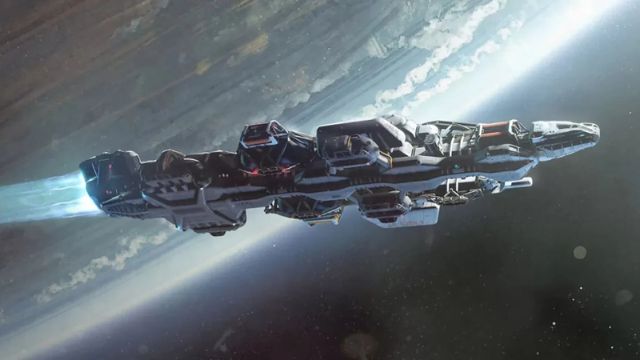 Starfield is Bethesda Game Studios‘ first new intellectual property (IP) in 25 years, and director Todd Howard describes it as “Skyrim in space.” According to Howard, the studio had been dabbling in space-themed games since 1994: they had obtained the rights to create a game based on the Traveller role-playing system, but quickly lost them; their Delta-V game, released in 1994, was part of this Traveller license but had not been fully realized.

The 10th Planet was a canceled space combat game that was set to be released in October 1997 and was the inspiration for Starfield’s atmosphere. Howard noted that they possessed Star Trek rights in the 2000s, and he offered an idea for a role-playing game set in that universe, but it was not pursued.

While Bethesda had long desired to make a science fiction game and had strong ideas for its gameplay style, it required some time to solidify the ideas behind what Starfield would be about in order to set it apart from other science fiction games that had already been released.

They settled on a subject that main artist Istvan Pely coined “NASA punk,” in which the technology, albeit situated in the future, can be linked back to NASA space missions. According to Howard, Bethesda’s team began creating a fictional narrative of events every decade from 300 years ago to the present day, with the goal of asking “And now man is living among the stars: what does that mean?”

According to Howard, the notion for Starfield had been in the studio’s head for a long time before the term was trademarked in 2013. “We couldn’t think of any other names. ‘Starfield‘ has to be it.” Since the release of Fallout 4 in late 2015, Howard revealed the game has been in active development.

By mid-2018, the game has progressed from pre-production to being playable. Howard stated that the game’s announcement and intended release date will take place at E3 2021 “We’re optimistic about the date. We wouldn’t be announcing it otherwise.” 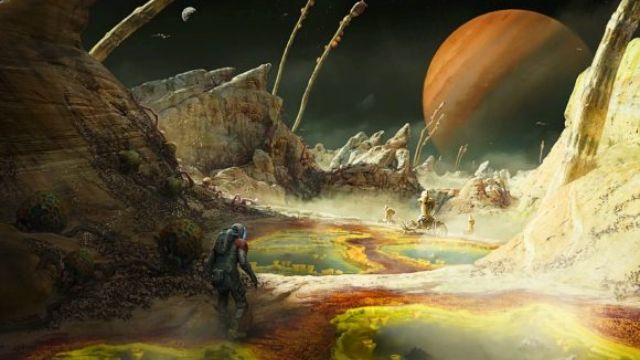 Starfield will follow in the footsteps of Bethesda’s other massive RPGs. The following is Bethesda’s official statement:

“Create any character you desire and explore with incredible freedom in this next-generation role-playing game set amid the stars. Starfield is a space adventure game that uses next-generation technology and is built on the all-new Creation Engine 2. It takes you on a journey through space as you attempt to solve humanity’s biggest enigma.”

The Starfield development team revealed further intriguing details in an interview with the Washington Post, hinting at how the game would play. Todd Howard compared it to “Star Wars in space,” while Bethesda MD Ashley Cheng compared it to “Skyrim in space.”

“Starfield is the Han Solo simulator for me.” “Get in a ship, tour the galaxy, and have fun,” Cheng advised.

The interview also confirms that you’ll be able to customize your character, just like in Skyrim and Fallout, to make your adventure feel more unique. While some technology will be recognizable, the game is set about 300 years in the future, so there will be plenty of new advances to learn about, such as Vasco, a helpful robot friend. 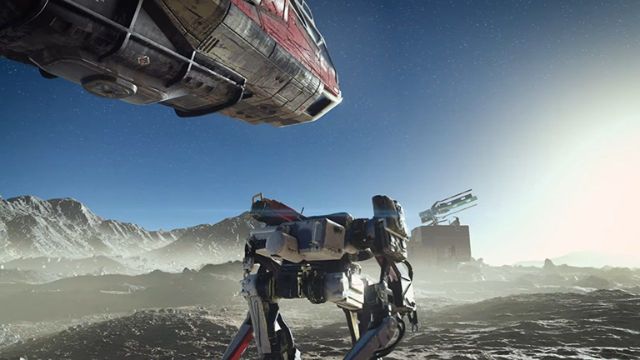 “Vasco’s design is based on a conventional type, a bipedal chassis capable of negotiating harsh terrain while carrying all of the necessary survival gear and weight for long overland travels. Vasco can defend himself if necessary, but his primary function is to keep the peace.”

I don’t want to come across as psychotic, but I have yet to meet Vasco, and if something happened to him, I will murder everyone in the room.

“This is going to sound corny, but believe me when I say this,” Howard added. “When you look up into the sky, you’re curious about what’s out there. Are we the only ones here? What are the beginnings of space, time, and everything else? What role, if any, does religion play in some of this?

As a result, we get into some major issues. A game like this, I believe, is a fantastic place to start. There have been movies and books that have done it before, but we haven’t seen it done in this fashion in a game. And we’ll see if we’re successful.”

Bethesda Game Studios and Bethesda Softworks have announced Starfield, an upcoming action role-playing video game. During Bethesda’s E3 Press Conference in 2018, the game was publicly announced. The game was billed as a “whole new, next-generation experience set in a brand-new space-themed universe.” It will be Bethesda’s first new intellectual property in more than twenty-five years. On November 11, 2022, the game will be launched for Microsoft Windows and Xbox Series X/S.

Even though the Starfield teaser was leaked just hours before the Microsoft and Bethesda display, it was nonetheless amazing to witness. The Starfield clip displays alpha in-game footage of a Constellation employee navigating their way through some type of space outpost before boarding the Frontier NG 1350 spacecraft.

Thanks to the recent Skyrim 10th anniversary concert, we got another look at Starfield in development. Inon Zur, the composer of Starfield, opened the show with an orchestral performance of the ‘Starfield Suite,’ during which fresh concept art showed on a screen. The photos can be seen in this concert video clip.