Sony ZV-E10: The Sony ZV-E10, a compact and portable mirrorless camera with a feature set tailored to vloggers and content creators are now available at B&H. With a redesigned physical design, easier handling and connectivity, and better audio recording, this APS-C-format camera combines several of Sony’s successful photo and video technologies.

True, the ZV-E10 looks like some of the Alpha cameras, but its physical specifications have been tweaked for vlogging, including a vari-angle touchscreen LCD that swings out to the side, out of the way of top-mounted mics and mounts.

Dedicated buttons for S&Q mode, which lets you swiftly switch between slow- and quick-motion recording, and Background Defocus mode, which helps you get a desirable shallow depth of field appearance quickly, are among the other haptic details.

The ZV-E10 is positioned as a bridge between Sony’s tiny ZV-1 vlogging camera and sleeker APS-C mirrorless cameras like the a6400. The ZV-E10 splits the functionality of these two lines as well: it borrows the imaging platform, body design, and lens mount from the Alpha system while keeping the vlogging-specific design (and naming pattern) from the ZV-1. When you combine the two, you get better image quality and a better feature set for content creation.

The ZV-E10 has a 24.2MP Exmor CMOS sensor in an APS-C format, which is large enough to provide more cinematic-looking shallow depth of focus effects, as well as better sensitivity up to ISO 32000 and low noise for clean image quality with a wide dynamic range.

Because the 500, 600, and Spectra/Image materials don’t employ a gelatin-based emulsion, they can’t be modified in this way.

Manipulation of the shot is best done after it has fully developed, about two minutes. For around 5–15 minutes, it will remain soft and workable. Some hues (dark green, for example) will be more difficult to work with, while others will last a long period (red). Image manipulation is significantly easier if the photograph is placed on a warm surface or slightly warmed in an oven. 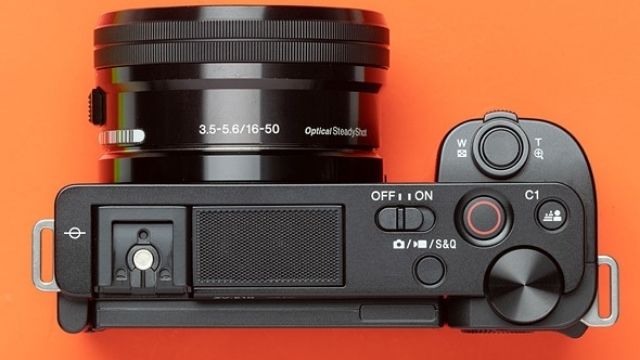 HD recording at up to 120p with full-time AF and AE is supported, and electronic image stabilization is also available to help steady shaky footage, such as when walking while recording. Additionally, the S-Log3 gamma can be utilized in post-production to improve dynamic range management and make color grading adjustments easier.

Aside from the sensor, one of the ZV-most E10‘s notable features is its emphasis on audio recording, which has a built-in directional 3-capsule microphone as well as a windscreen for more realistic and clear ambient recording. The ZV-E10 contains a variety of handling characteristics and specific modes brought over from the ZV-1 as a camera ideal for vlogging. There’s a special Background Defocus button and a Product Showcase setting, both of which make it easy to accomplish typical effects quickly.

The camera also incorporates a vari-angle screen that folds out to the side for convenient front-facing filming without interfering with mics on the top plate or becoming hidden when using a gimbal or other associated mount.

A front-facing tally lamp, dedicated video recording button, integrated zoom lever for use with compatible lenses, and a red border around the screen to clearly show when a recording is in the process are also included in the body.

Finally, because vlogging is a very mobile medium, the ZV-E10 is a well-connected camera with Wi-Fi and Bluetooth, as well as UVC and UAC standard support for usage as a webcam by simply connecting the camera to a computer or mobile device through USB-C, such as the XPERIA 1.

With the release of the ZV-1, Sony tried something fresh. With the ZV-E10, the business is taking the same principle and applying it to mirrorless cameras.

The ZV-E10 is a camera that appears familiar in the E-mount range but has more specific features derived from the ZV-1 and aimed directly at video makers, with a feature set suitable for vloggers.

The ZV-E10, which appears similar to other APS-C-format E-mount cameras but includes the same specific shooting capabilities and handling advantages as the ZV-1, is the company’s first mirrorless camera.

The ZV-E10 distinguishes itself from its smaller ZV-1 sister by emphasizing image quality and the versatility of being a mirrorless camera with a diverse lens selection.

In terms of imaging specifications, the camera has a 24.2MP Exmor CMOS sensor and a BIONZ X image processor, which achieves a good mix of image quality and speed.

This APS-C-format sensor is around 3 times larger than the ZV-1’s 1″ sensor and roughly 10 times larger than typical smartphone sensor sizes. This larger sensor improves sensitivity, decreases noise, improves the depth of field control, and allows for better color gradations and a greater dynamic range in pictures.