Sony Wireless Earbuds: Sony’s upcoming flagship over-ear earbuds aren’t the only ones to have leaked ahead of a public presentation, as official-looking photographs of a new set of Sony noise-canceling wireless earbuds have appeared on the internet thanks to leaker SnoopyTech (via Android Police).

The earbuds will be called the LinkBuds S, according to SnoopyTech, implying that they will be similar to Sony’s LinkBuds, which were released in February.

The original LinkBuds have a unique “open-style” design with an unusual donut-like hole that is meant to help you hear your surroundings better while wearing the earbuds. The LinkBuds S, on the other hand, has a closed design similar to Sony’s WF-1000XM4s.

However, based on the photographs given by SnoopyTech, the LinkBuds S appear to include a large vent on the exterior of each bud, which might be utilized to aid in some kind of transparency mode, allowing you to hear what’s going on around you. 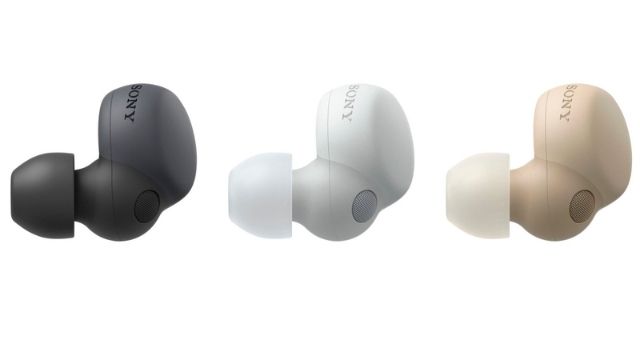 The LinkBuds S will also “seamlessly change from ambient sound to enhanced noise-canceling and enable automatic playback that learns from your behavior,” according to SnoopyTech.

It’s shaping up to be a busy week for headphone and earbuds fans: The Walkman Blog has insights on what might be among the best true wireless earbuds in 2022, following the leak of Sony’s WH-1000XM5. They’re from Sony, and they’ll most likely be known as the Sony Linkbuds S (model number WF-LSN900). They look to be positioned as a mid-range alternative to Apple’s third-generation AirPods.

The design appears to be a hybrid of Sony’s WF-1000XM4 and WF-C500s, with an engraved logo rather than a printed logo that will accumulate lint and dust. And, according to the Walkman Blog’s examination of the leaks, the charging pins, proximity sensor, and charging case appear to be comparable to the WF-1000XM4.

A noise-canceling microphone and a hole to equalize the air pressure within the earbuds are also visible. The Linkbuds S appears to be somewhere between the sizes of Sony’s existing earbuds: bigger than the WF-C500s but not as big as the WF-1000XM4s, according to the photos. This appears to be our first look at Sony’s recently reported new ANC earphones.

We don’t yet know the price of the Sony Linkbuds S, their debut date, their IPX rating, or what sort of noise cancellation they offer because there’s only so much you can tell from photos.

The new earphones, according to Snoopytech, include “sophisticated noise cancellation with automated playback that learns from your behavior,” which sounds intriguing.

If that’s the case, and the Link buds are reasonably priced, they may have an advantage over Apple’s AirPods: Noise cancellation is only available on Apple’s AirPods Pro, not the basic AirPods.

Like the over-ears we saw yesterday, it appears that these earbuds will be released soon: the shots are definitely promotional images for stores and the press, not prototypes. Everything is said to come in threes, so if Sony is updating its Linkbuds and its WH-1000XM5, does that indicate Sony’s WF-1000XM4 earbuds will be updated as well?

While a 2023 release is more plausible, I wouldn’t rule it out. Sony released version 3 in 2019 and version 4 in the summer of 2021, so it would be unusually speedy. It’s not easy to stay at the top of the best noise-canceling earbuds rankings when the competition is so tough. 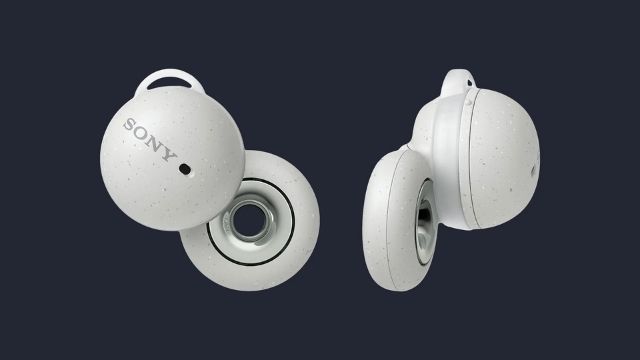 Sony isn’t taking any chances with color choices with the LinkBuds, which come in dark grey or white. However, it is unmistakably fashionable. With a donut-style hole carved directly into the middle of the portion that lies in your ear, these earbuds have a very unique aesthetic.

That’s the critical differentiator that allows you to stay on top of everything going on around you. The LinkBuds don’t come with ear tips; instead, their proprietary, ring-shaped 12-millimeter drivers direct sound into your ears with minimum sound bleed that can be heard by others.

Sony claims that the LinkBuds are made from recycled materials, which I believe is part of the reason for their speckled appearance. What you see on the earphones may appear to be dust or dirt, but this is how they came out of the factory.

Sony has long been a household name in the audio industry, first with its Walkman player series and, more recently, with its wireless earbuds and headphones. In our evaluation of the Sony WF-1000XM4, we discovered that they are among the best earbuds available, with excellent sound quality and noise cancellation.

Sony has taken a more unique approach to earbuds with the recent launch of the LinkBuds, which feature an open design that lets sound in and allows you to hear the world around you. If you don’t like those, new LinkBuds are on the way, and they might be a better fit for you.

SnoopyTech, a tipster, released images of what Sony could introduce as the “LinkBuds S,” with further photographs published by TheWalkmanBlog. If you think these earphones will be identical to the already-released LinkBuds, you’re mistaken.

Instead of the open ring design, these appear to be more like the Sony WF-1000XM4 or the midrange WF-C500, opting for a classic design with silicone tips. However, it appears that these will be able to switch from ambient sound to enhanced noise-canceling, maybe through the use of an array of microphones.

Aside from their look and those bare-bones specs, there’s still a lot we don’t know about them, such as battery life or pricing. However, we shouldn’t have to wait long to find out – given that the FCC’s secrecy on this product expires on June 21, we should hear from Sony within a few weeks.

According to reports, these will be less expensive than the high-end WF-1000XM4. That isn’t to suggest they’ll be cheap; if the ordinary LinkBuds are any indicator, we may expect to pay between $150 and $200 for them. However, nothing is official until Sony makes it so.