The Sony WH-XB910N headphones are part of the Extra Bass line and are loaded with features. Onboard features include active noise cancellation, Adaptive Sound Control, gesture controls, and AAC and LDAC codec support. With these headphones, you can also command your favorite digital assistant.

The Sony WH-XB910N Wireless is the successor to the WH-XB900N Wireless. They offer a tremendously bass-heavy sound profile that adds significant thump, punch, and boom to your mixes, as their name suggests.

However, some users may think that their sound is too muddy, with harsh vocals and lead instruments. Fortunately, its companion app has a graphic EQ and presets to allow you to fine-tune its sound. They also have a superior active noise cancellation (ANC) mechanism to their predecessor. It has the ability to block out a significant quantity of ambient noise.

When Sony WH-XB910N model was first released, the pricing was a little high – $249.99. Fast forward to now, and these headphones are still available for $148.00 six months later. That’s a $100 savings on a pair of headphones that can compete with Sony’s high-end models.

If you’re looking for a new pair of headphones but don’t want to break the bank, these could be the ones for you.

The Sony WH-XB910N headphones are punchy and strong, and they clearly live up to the ‘additional bass‘ boasts on the package, yet they don’t drown out the treble. Because of how energetic the audio is, they’ll be best suited to folks who listen to upbeat dance music. This isn’t a pair for listening to ballads or podcasts exclusively, however, you’ll be able to do so from time to time thanks to the manual EQ. 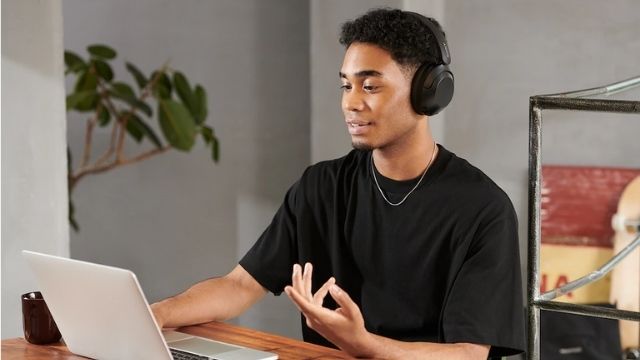 The noise-canceling powers are astounding; they can block out almost everything from the world around you, allowing you to focus only on the music. These headphones effectively filter out all sounds, including keyboard taps, talk, and train noise. A Wind Reduction ANC setting is also available, which can come in useful if you’re out and about on a windy day.

If you want to hear some outside noise, the ambient sound mode does a good job of letting it in without being too distracting, and you can even set it to focus solely on voices so you can hear when someone speaks to you. Depending on how much sound you wish to let in, you can adjust the volume.

You won’t even need to open your Bluetooth settings to connect the headphones to your devices; simply turn them on and tap the popup that displays on your smartphone or PC screen. After that, they should connect automatically every time you turn them on. You’ll be able to connect them to numerous devices at once, making switching audio between them considerably faster, such as switching from listening to music on your laptop to taking a call on your phone.

You’ll need to download the Sony Headphones Connect app, which is available for both iOS and Android, to get the most out of them. You can alter the sound using the manual five-band equalizer and tweak the overall parameters. Bright, Excited, Mellow, Treble Boost and Bass Boost are among the preset sound settings available. You’ll also get a DSEE switch, which allows you to return the sound to its original state.

This Sony WH-XB910N review is for anyone who listens to energetic music on a regular basis; these over-ear headphones are powerful and among the best noise-canceling headphones available. 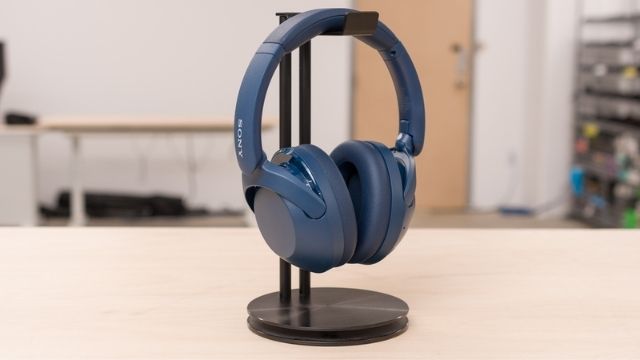 Sony is unquestionably one of the industry’s top dogs when it comes to audio goods. They not only make some of the best true wireless earbuds on the market, but they also crush the competition in the over-ear headphones category.

The Sony WH-1000XM4 in particular impressed us with its vibrant sound, outstanding ANC, and cutting-edge capabilities. All of this sounds fantastic, but there is one major drawback: the cost.

Sony has reduced the number of outside ANC microphones from five to two to save money. The company has created a Beats-like sound profile, which may not be as appealing to audiophiles but does give the rumbling bass that many modern listeners crave.

Plus, just like the flagship XM4, you get Sony’s outstanding customizable EQ and adaptive noise cancellation modes. Overall, for $250, it’s a pretty good deal.

The XB910N, on the other hand, might be seen as a less competent version of the XM4, which retails for $348 but can be purchased for approximately $280 online—roughly $30 more than the XB910N.

Unless you’re on a tight budget, the XM4 are superior in noise cancellation and has a more balanced sound profile, making them well worth the extra $30.

Of course, we can’t forecast the future, but it’s highly likely that the XB910N, like the XM4, will be available at a lower price point. They’re well worth acquiring if you can find them for around $200 (or less) during the holidays.

If you don’t want to spend such an eye-watering amount of money then the Sony WH-XB910N could be a more affordable alternative worth considering.

The Sony WH-XB910N is an excellent option for individuals who don’t want to spend more than $250 on a pair of headphones. They’re still pricey, but they’re a lot cheaper than Sony’s top-of-the-line cans and yet cram in all the features you could want.

These headphones deliver a terrific listening experience with their highly effective noise-canceling and rich, dynamic sound. Noise from the outside world will not bother you, and wearing them will make you feel like you’re at a party. These are lighthearted and bassy, albeit they may not be to everyone’s taste.