Songs of Conquest: A strategy adventure game with RPG elements, tactical fighting, and kingdom management. Build an empire that bards will sing about for years by raising strong armies, wielding ancient magic, and conquering faraway regions! 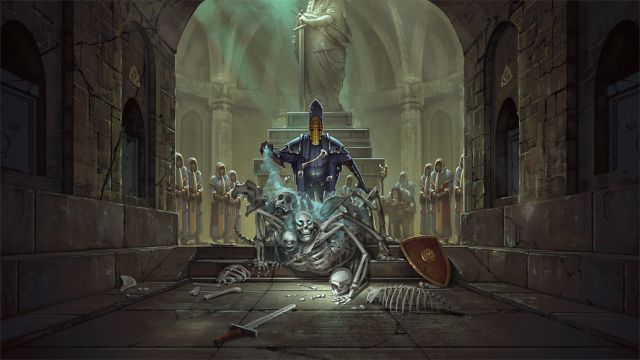 Songs of Conquest is a turn-based strategy game based on classics from the 1990s. Lead a group of powerful wizards known as Wielders into unexplored territory. Fight off troops that dare to confront you and search for great relics. The world is yours to take if you want it – seize it!

Explore a broad set of maps, each with its own set of foes and rich rewards. Explore different biomes with different adversary factions, environments, and battlegrounds.

Manage your kingdom’s resources, study new innovations, and grow them. Plan your towns to fit your playstyle: will you use physical force, magic, or a combination of the two? There are numerous routes to global dominance.

Immerse yourself in a complex battle system that combines troop abilities and powerful spells. Combine troops to increase the number of spells available and the amount of damage they can do. Claim high ground and protect bottlenecks to get an advantage in the fight.

Alone or in a group

Immerse yourself in an epic single-player adventure or challenge your friends to a fair duel, either online or in-person!

Using the same tools that the creators use to create campaign and skirmish maps, you can create your own adventures using the in-game level editor. Write conversation, control the soundtrack, and share your works with others!

There are four factions.

An epic fight erupted between four factions. Arleon, ancient knights battling for power. Ancient tribes battling for survival in the swamp, Rana. Loth, necromancers who bring the dead back to life in order to construct a bright future. Barya, daring mercenaries, and inventors dedicated to coinage, gunpowder, and liberty. 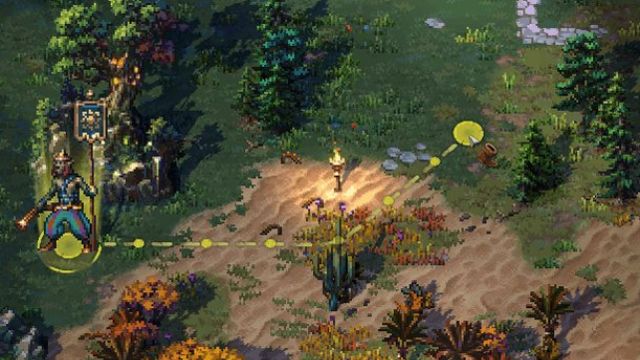 The game is a cross between a turn-based strategy game and an adventure game. Kingdom administration, such as hiring Wielders and armies, creating and improving structures, as well as turn-based warfare battles, are all part of the strategy portion of the game. The experience is accompanied by a unique fantasy scenario and tale, which is portrayed using a mix of 2D pixel art, 3D environments, and volumetric lighting.

Game creator Carl Toftfelt revealed that the title is a “love letter to classic turn-based strategy games of the 1990s” during a gameplay deep dive for the Future Games Show, which you can watch above.

In the game, you’ll be in charge of commanding powerful wizards known as Wielders, as well as growing your town, raising an army, and preparing to face the enemy on the combat grid. Of course, you’ll be exploring each of the maps in search of wealth, particularly powerful hidden items.

There are four main factions to play in the game, and many units have unique powers to utilize in battle, giving the player plenty of options. With each battle turn, you’ll gain essence, which you may use to unleash some incredibly strong spells on your opponents. Of course, if you like, you can go the brute force way as well.

Furthermore, the game will have a level editor tool – the same one that the Lavapotion developers use – so you can try your hand at constructing your own fight maps.

Purchase Lavapotion’s upcoming turn-based strategy game Songs of Conquest will be released by Coffee Stain Publishing. The game, which is inspired by 90s classics like Heroes of Might and Magic III, will be released on May 10, 2022, for Microsoft Windows and OS X. It allows players to pick from four different factions, grow their kingdoms, and fight with powerful wizards known as Wielders. 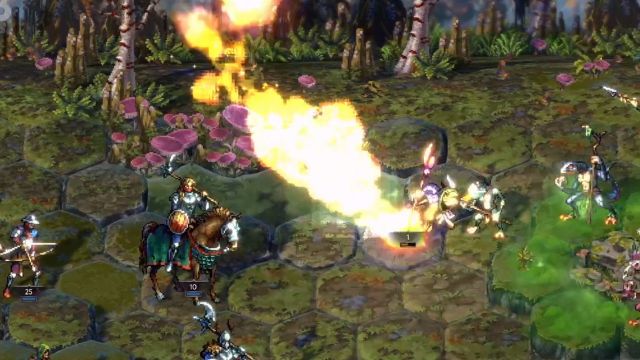 A step-by-step plan In a new teaser set to debut at the March event Future Games Show: Spring Showcase on March 25 at 1:00 Moscow time, Songs of Conquest will finally get a release date.

The developers of the Heroes of Might and Magic 3-inspired game revealed this in a remark under their video diary, revealing the project’s features to a large audience. We can only hope that the trailer will not be moved to events such as the Future Games Show E3 and the Future Games Show.

The strategy will be available on Steam, GOG, and EGS for PC.

We live in an age of throwbacks, nostalgia, and spiritual heirs, but it’s not often that one draws me in as quickly as Songs of Conquest has. In an attempt to resurrect the glory days of fantasy strategy games like Heroes of Might and Magic, developer Lavapotion has created a very simple formula with plenty of depth packed in.

It doesn’t strive to be overly ambitious or fully revolutionizes the genre, but it helps it to be a breath of new air in many respects.

Songs of Conquest has two layers: a turn-based campaign map where you move your hero and followers around to learn secrets, fulfill quests, and gather resources, and a tactical battle screen where you battle knights, faeries, and the undead.

Both are done in a dark pixel art style that appears as it belongs in the late 1990s, but with some good modern additions. It’s delightful, hitting a good balance between paying respect and adding what we’ve learned about user interface and readability over the years.

Songs of Conquest also includes a pretty detailed campaign with rousing original music, which tells the story of Baroness Cecilia of Stoutheart attempting to solidify her rule despite numerous obstacles. So far, I’ve only seen a short portion of it, but the storytelling was pleasant in a paperback fantasy novel sort of manner.

Here Is The Best Review You Can Get Of Nothing Ear Headphones!