Pre-Order Sniper Elite 5 Co-Op Game With Base and Deluxe Edition 2022!

Sniper Elite 5: Sniper Elite 5 is the next installment in the award-winning franchise, including unrivaled sniping, tactical third-person warfare, and an improved kill cam. Fight your way through the most immersive maps yet, with many real-world locales recorded in spectacular detail and a new traversal system that allows you to explore more of them than ever before.

In 1944, elite marksman Karl Fairburne makes contact with the French Resistance as part of a clandestine US Rangers effort to weaken the Atlantikwall fortifications along the coast of Brittany. Soon after, they discover Operation Kraken, a secret Nazi initiative that threatens to end the war before the Allies can even invade Europe. Photogrammetry was used to capture several real-world sites in order to create a living, immersive setting, and different infiltration and extraction points, as well as kill list targets, provide each mission with a fresh viewpoint. Take on the Nazi plan alone or with a friend, thanks to new co-op mechanics that let you exchange ammo and equipment, give orders, and heal one another.

To gain the optimal view position or slip past a sharp-eyed lookout, use ziplines, slide down slopes and slither along ledges. While lining up your sights on the target, consider the rifle stock and barrel options, as well as gravity, wind, and pulse rate.

Workbenches may be used to personalize and enhance nearly every aspect of your weapon, including scopes, stocks, barrels, magazines, and more. There are numerous alternatives for rifles, secondary weapons, and pistols. Furthermore, you can choose the ammo that best suits your target, ranging from armor-piercing to non-lethal.

As an Axis sniper, infiltrate another player’s Campaign and engage in a deadly game of cat and mouse, adding a new level of difficulty to the task as you pursue your prey. As Karl, you can also request assistance and have a second sniper arrive to assist you in a difficult circumstance.

Customize your character and loadout while earning XP, medals, and ribbons in intense 16-player conflicts that will put your sharpshooting abilities to the test. If you prefer co-op, the Survival mode allows you to fight waves of foes with up to three other players.

The distinctive X-ray kill cam returns, more realistic and horrific than ever, revealing the true destructive impact of each shot. Bullets are deflected in unpredictable ways by bones, cutting a new route through opponent flesh. Kill cams, which include many rounds in dramatic slow motion, can be triggered by SMGs and handguns.

Read More When Will Be Forspoken Action Role-Playing Video Game Release in 2022? 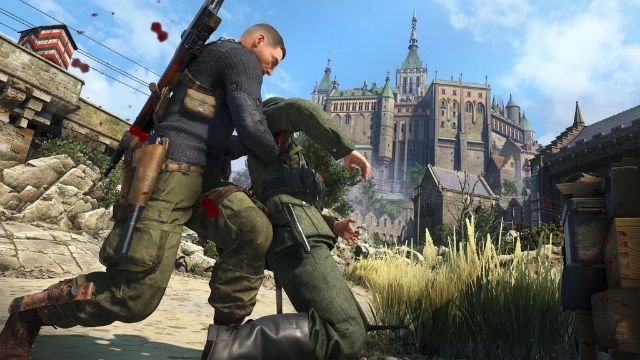 Sniper Elite 5 is set during World War II and sees the return of protagonist Karl Fairburne. According to the release date announcement made today, Karl must prevent the Nazis from carrying out Operation Kraken:

“Karl must employ all of his abilities to gather intelligence on the plans and ensure that they never materialize. This will face him against Abelard Möller, an Axis Obergruppenführer, the scheme’s mastermind, who must be stopped at all costs.”

Sniper Elite 5 will, like its predecessors, include big, open levels in which to finish your missions. It will be up to the player to navigate the environment covertly while using a sniper rifle to take out foes. The biggest game in the series, Sniper Elite 5, promises to be the best yet:

“With an expansive campaign that can be played in two-player online co-op, diverse and expansive mission locations that have been painstakingly recreated using photogrammetry to ensure a deeply immersive experience, Sniper Elite 5 promises the biggest, most interactive maps in Sniper Elite’s history.” 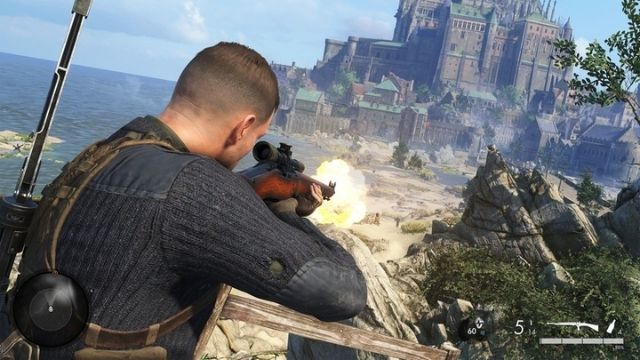 The ridiculous long-range action of Sniper Elite 5 will hit the PlayStation 5 and PS4 on May 26th — possibly sooner than expected!

This time, Rebellion’s always-excellent ballistics bonanza will take place in France, as Karl Fairburne battles a clandestine Nazi plan known as Project Kraken. This time around, there will be an invasions mechanic, which will allow other players to infiltrate your single-player missions and kill you from afar.

Pre-orders will get an extra mission, Wolf Moutain, in which you’ll infiltrate Hitler’s private retreat in the Bavarian Alps, as well as the P.1938 Suppressed Pistol. Meanwhile, if you buy the Deluxe Edition, you’ll get all of the pre-order goodies stated above, as well as the Season Pass for the game.

According to Rebellion, the following is what’s in store: “The Season Pass will give players access to a post-release two-part campaign on large maps where they can arm themselves with an expanded arsenal of authentic World War II weapons and customize their sniper with new character packs and weapon skins,” says the press release. Two campaign missions, two weapon skin packs, two-character packs, and six weapon packs are included in the package.

Sniper Elite 5 is the next installment in the award-winning franchise, including unrivaled sniping, tactical third-person warfare, and an improved kill cam. Fight your way through the most immersive maps yet, with many real-world locales recorded in spectacular detail and a new traversal system that allows you to explore more of them than ever before.

1944 in France – Karl Fairburne makes contact with the French Resistance as part of a secret US Rangers effort to weaken the Atlantikwall fortifications along the coast of Brittany. Soon after, they discover Operation Kraken, a secret Nazi initiative that threatens to end the war before the Allies can even invade Europe.

Logitech G Pro X Superlight -Why This Is The Best Gaming Mouse Ever?