Smartphones and the functions that come with them are getting better and better with each iteration.

Better cameras, faster processing, and larger screens are all part of the smartphone evolution with each generation shift.

Although it has been years since the release of the iPhone, we have yet to witness a similarly significant transformation.

To be sure, a few companies have experimented with innovative, foldable form factors in their products.

However, due to a lack of mature hardware and excessively high price tags, these devices have not yet gained widespread acceptance.

With the Galaxy Z Flip 3, Samsung hopes to shift the public view of the company. Let’s find out if it’s worth the Rs 84,999 it costs to get it.

Its one-of-a-kind hinge and the flexible display will ensure that you are noticed wherever you go.

Normally, when I switch to a review unit, a couple of people approach me and inquire about the device, and that’s the end of it. With the Flip 3, on the other hand, practically everyone I saw was taken aback by its futuristic appearance.

This level of interest in this device is natural, given that the last time anyone witnessed a popular phone bend was the iPhone 6, which was not intended to happen. 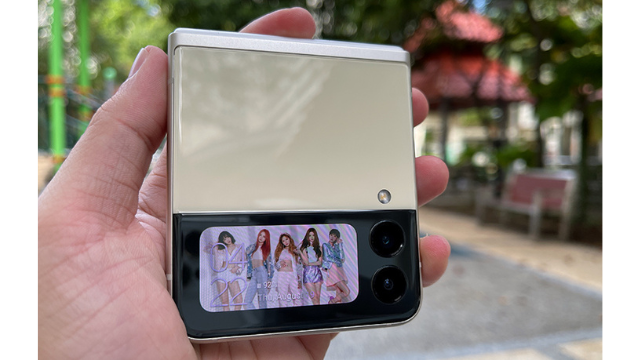 In addition to being a feat of tremendous engineering, the device is also an ergonomic accomplishment.

Its small size and lightweight design are a breath of fresh air amid a sea of huge and clunky smartphones.

When you open it up, the Z Flip 3 is as thin as any other traditional flagship phone on the market.

Because of the use of aluminium alloy and precisely calibrated hinge resistance, the Flip 3 appears to be quite durable.

Samsung has gone to great lengths to make the device water-resistant, which is even more astounding.

What About Its Display?

The Z Flip’s flexible display is the show-stopping feature of the device. It is a 6.7-inch Full HD OLED screen with a resolution of 2640 x 1080 pixels, which was developed entirely in-house by Samsung.

The screen has been calibrated by the manufacturer to have a 120 Hz refresh rate. HDR10+ is supported by the display, which has a maximum brightness of 1,200 nits.

This item has a punch-hole design to allow for the inclusion of a selfie camera. When you swipe in the middle of the screen, the crease is visible, but it is hardly a distraction from the rest of the screen. 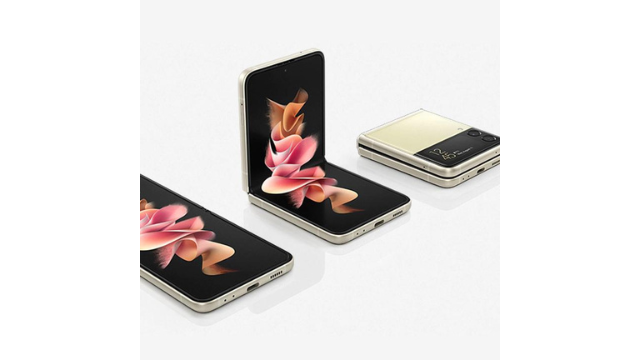 It is a 1.9-inch pill-shaped panel with a 260 x 512 pixels resolution and a pill-shaped design. There is a nice mirror finish on the panel, which gives it a dual-tone appearance.

Samsung has done an excellent job of maximising the functionality of this screen.

You can use this screen to check your messages, receive call notifications, and manage your music.

When the device is folded, it can also be used as a camera viewfinder for taking pictures. There are also a variety of options for customising the cover display.

What About Its Experience?

The Z Flip 3 is a futuristic technology that reintroduces the allure of old-fashioned clamshell mobile phones.

When you open the gadget and answer a call, you are transported back to the year 2000.

Even when it comes to software customization, Samsung has taken care to be considerate.

The Flex Mode is the most notable feature of Samsung’s OneUI interface, which is based on Android 11.

Flex Mode is activated when the gadget is partially opened, such as when a laptop is opened.

Although it is a useful feature, only a small number of apps presently support this model at this time.

Samsung promises that its software team is working hard to make more apps compatible with the Galaxy S8 as time progresses. 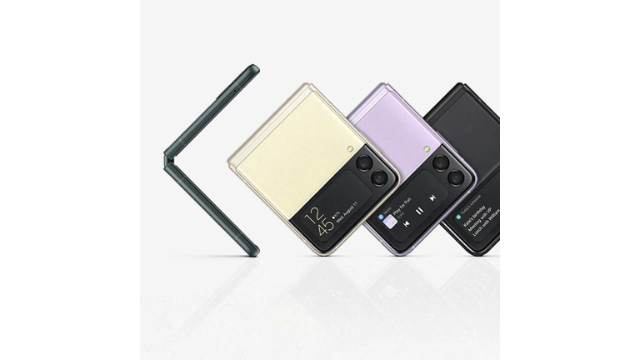 If you don’t mind delving deeper into the options, you can go to Advanced Features – Labs – and enable Multi windows to accommodate more applications.

However, doing so just results in the addition of brightness, volume, and screenshot settings for other apps.

Because this functionality has not yet graduated from Labs, you should anticipate encountering a few issues.

While the Flip 3 is more about appearance than performance, Samsung hasn’t skimped on the latter. Qualcomm’s Snapdragon 888 chipset has been selected by the South Korean manufacturer.

It should go without saying that the phone is capable of handling any game you throw at it, even in the most demanding settings.

On the other hand, this slim phone is lacking in good thermal management.

As a result, the Flip 3 is unable to maintain its performance over time.

Thermal throttling will not be evident under typical circumstances; however, if you intend to play Call of Duty: Mobile for an extended period, the throttling will become noticeable.

The Flip 3 is 5G-compatible, however, we were unable to test it due to logistical constraints.

Having said that, the phone had no issues with 4G VoLTE, Wi-Fi, Bluetooth, or GPS, among other things.

Moving on to other features, the fingerprint scanner is conveniently located on the side of the device and the integrated stereo speakers produce surprisingly nice sound.

Because of its distinctive form factor, the Flip 3 opens up a plethora of photographic options.

In the halfway open position, the bottom half of the phone functions as a miniature tripod, which is a nice feature.

It’s ideal for filming time-lapse footage on a smartphone.

On the other hand, it can be mounted on the dashboard of an automobile.

When it comes to image quality, both the normal and wide-angle lenses deliver excellent results in bright daylight conditions. 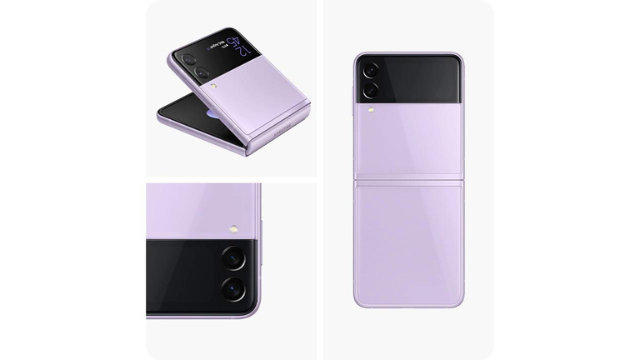 The wide-angle lens exhibits obvious barrel distortion at the edges, but this isn’t a deal-breaker in most situations. In low-light situations, the primary camera performs admirably, according to the manufacturer.

Please keep in mind that you must keep the phone stable for two to three seconds to achieve satisfactory results.

While it is capable of capturing a significant amount of information, its true strength lies in its dynamic range.

When shooting in low light, the wide camera struggles, with apparent noise visible in practically every photo.

In addition, Samsung’s latest phone has a novel approach to taking selfies.

While the 10 MP camera that is housed in the punch-hole is quite impressive, the rest of the device is not.

For those who aren’t satisfied with the primary 12 MP camera, the phone’s external display offers the option of framing a selfie shot with the secondary 5 MP camera.

The Galaxy Z Flip 3 is capable of recording 4K videos at a frame rate of up to 60 frames per second. The final product is excellent, with plenty of detail. Furthermore, thanks to the use of Optical Image Stabilization (OIS), the movies appear to be fairly smooth.

There is one area where the Flip 3 falls short, and that is in terms of battery life, which is disappointing.

Because the Flip 3 is a little gadget, it should come as no surprise that it has a battery with a capacity of only 3,300 mAh.

After using this item for two weeks, I can confirm that it does not have a battery life of more than 12 hours on a single charge.

While this may not be a problem in the present WFH scenario, once the offices begin to open, you will almost certainly need to have a power bank with you at all times. 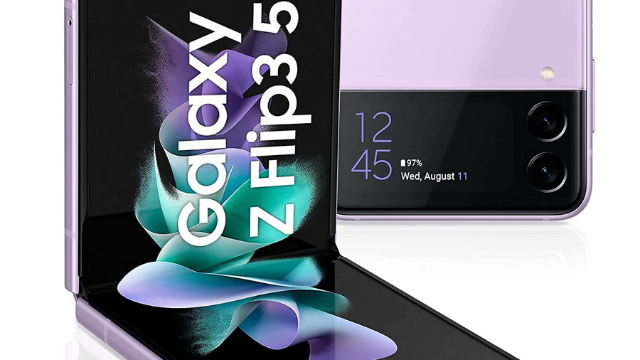 Fast-charging technology from Samsung could have helped to alleviate the problem. For you to be able to fast recharge the gadget during the downtime.

However, the company has agreed on 15 W charging, which is significantly slower than peak-hour traffic in Mumbai.

The Galaxy Z Flip 3 has a modern design that does not detract from the device’s attractiveness. It is distinctive enough to elicit shock from those who see it, yet it does not appear out of place in any way. Yes, it is hindered by a battery life that falls short of expectations. Furthermore, the majority of individuals will not find it feasible.

The Galaxy Z Flip 3, on the other hand, is like the Jaguar E-Type of the smartphone industry, thanks to its one-of-a-kind clamshell design.

It has its own set of oddities and may not be suitable for everyone, but it is indisputably fantastic anyway.

Here Is The Best Review You Can Get Of Nothing Ear Headphones!

Why Are The Headphones From Urbanista Making Trend? Explained!