The Saints Row games evolved and became progressively weird, with anything from alien invasions to firearms that spray live bees at foes, after starting off as a more wild rival to GTA. 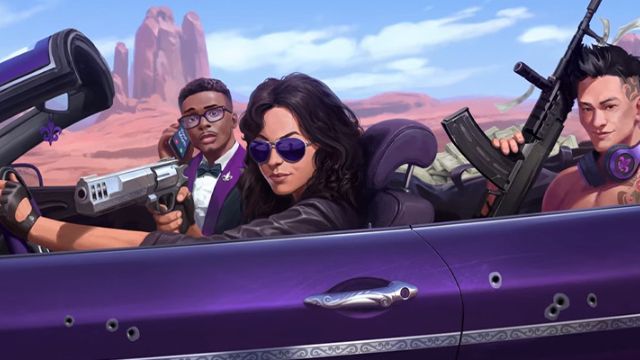 The first scene of the announcement trailer shows the new area where the Saints Row reboot will take place. Santo Ileso, in the American southwest, is shown as a mix of wide-open desert plains, neon cities, and graffiti-covered neighborhoods.

A couple of new guys plan a heist to rob a rival gang of some sort of weapons transaction. Things appear to be firmly planted… Until one of the characters dons a motorbike helmet with pink cat ears and lights forming a face across the face mask, that is. He’s riding his motorcycle without a shirt on. While he distracts them with brilliant talk, his partners get in the car and drive away while they’re preoccupied.

There’s a tremendous chase after that, complete with death-defying feats, hefty weapons, and gravity-defying jumps. The trailer comes to a climax with a bang. Thankfully, outside of this video, more information about the tale and characters was revealed.

The new setting, for example, will feature nine unique districts, each ruled by opposing gangs, and will feature the series’ largest map yet. You will play as your own character, known only as of the Boss, and will have three companions at the start: Eli, Neenah, and Kevin.

Depending on their personalities, each one is best suited to a specific position. Kevin is the adrenaline addict who was tossed out of the Idols, while Eli is the techy nerd who controls the finances. Neenah, a former member of the rival gang Los Pateros, is the driver and mechanic.

If you were hoping to see familiar faces like Johnny Gat or Kenzie, you’ll be dismayed to learn that this reboot’s cast of characters is completely different from that of the original Saints Row game. Aside from a few Easter eggs, Volition has made it plain that this is a brand-new game with no ties to the previous series.

As with prior games, your Boss character will be entirely customizable. With eight voice options, as well as the opportunity to customize your weapons and vehicles in addition to your character and crew, the team claims this character builder is their biggest yet. 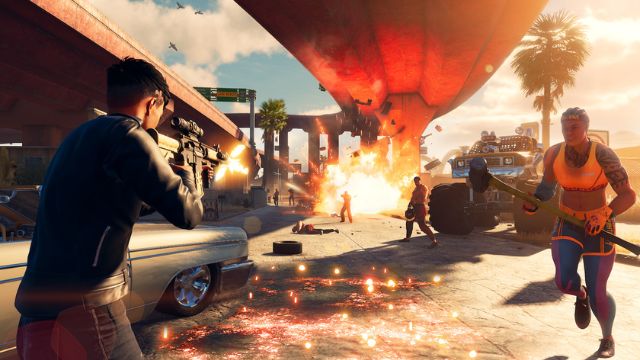 The Marshalls, Pateros, and Idols are the three enemy gangs that the Saints will face. Marshall is a well-funded, high-tech defensive organization, whereas the Pateros are more brutal and physical, and the Idols are a ragtag group of punks dressed in bright colors who are looking for recognition.

Based on all of this, it appears that the tone of this reboot will be in between Saints Row 2 and Saints Row 3. It’ll be more grounded, but with a sense of humor and slightly cartoonish acts of devastation and mayhem to keep things interesting.

The co-op has always been a part of Saints Row, and we’re glad to see it return in the reboot. The series’ chaotic, sandbox realms are the ideal playground for you and your pals to have dynamic fun. This time around, Saints Row will allow you and up to three companions to play together in Santo Ileso, either exploring the open world or completing the campaign.

The co-op will be entirely unconstrained, allowing anybody to join and leave at any time, and will be cross-generational. This implies that PS4 and PS5 players, as well as Xbox One and Xbox Series X/S gamers, can play together. There’s no indication of whether or not there will be cross-platform support.

Saints Row Reboot is a revival of the Saints Row franchise and an upcoming action-adventure video game. It will be released on August 23, 2022, for Microsoft Windows, PlayStation 4, PlayStation 5, Xbox One, and Xbox Series X/S, developed by Volition and published by Deep Silver. 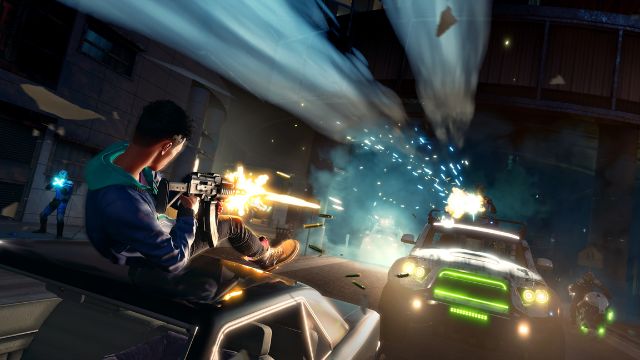 The Saints Row reboot is now available for pre-order, but there are several editions to pick from, depending on whether you want a physical or digital copy of the game, as well as how much extra content you want to be tossed in on top of the base game.

The Idols Anarchy Pack comes with any edition of the Saints Row reboot and includes “a collection of stolen neon equipment,” such as the Idols DJ Helmet, Twinkle Bat, and Sandstorm Scrambler.

As spotted by Wario64 on Twitter, a Legacy Edition of Saints Row has appeared at US retailer Best Buy, which includes the following:

A Saints Row reboot is in the works, with a release date set for August of this year.

Since the release of Saints Row 4 in 2013, this is the first original game in the series. This is not, however, a sequel. Instead, Volition is relaunching the franchise with all-new characters, a fresh location, and a slew of personalization choices.

This relaunch is intended to be “the biggest and best Saints Row playground ever created,” as well as a “wild, larger-than-life sandbox of exhilarating side hustles, criminal ventures, and blockbuster missions,” according to Volition. Based on what we’ve seen so far, it appears that this is a game that wants to pay homage to its bizarre origins while also offering new settings, characters, and concepts, as you’d expect from a reboot.