Nvidia GeForce RTX 3090 Ti: The GeForce RTX 3090 Ti is a graphics card that is difficult to love. And I’m not making that argument just to mock Asus’s TUF naming scheme for Nvidia’s latest and most powerful consumer GPU to date. It’s a massive card in every way, from the physical size of the shrouds and cooling array to the degree of performance on offer, but it’s most notable for its price.

In terms of MSRP, the RTX 3090 Ti is a $1,999 card, and thanks to the current downward trend in GPU pricing—finally, down to those once-mythical MSRPs—likely it’s to stay that way. Given that the GeForce RTX 3090 Ti was recently listed for around $2,500 and is still available for that price, I suppose there’s a case to be made for this Ti model as a reasonably priced high-end GPU. 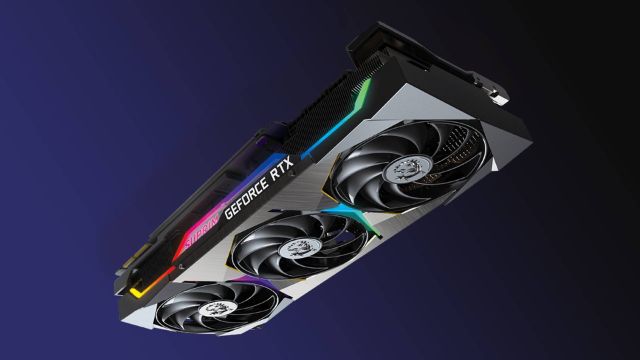 Today, a GeForce RTX 3080 will set you back upwards of $1,200, with a GeForce RTX 3080 Ti costing up to $1,800. The $2,000 price tag for the RTX 3090 Ti appears to be nearly generous. However, when stock levels rise, the present RTX 30-series prices will become unsustainable, and the new top GeForce will become increasingly pricey over time.

When compared to the only other comparable card based on the same Ampere silicon, the Nvidia Quadro RTX A6000, a $5,000 professional graphics card, there is a clear value proposition. That employs the same full-fat GA102 GPU as the new RTX 3090 Ti, and the only difference between the two is the amount of GDDR6 memory available—48GB.

In those terms, the RTX 3090 Ti might be a great value graphics card, but only for a specific customer. A professional-level creator who values time over money but cannot afford the high costs of professional equipment. In practice, though, for PC gamers searching for the best bang for their buck, this latest Nvidia card appears to be able to merely justify its GeForce label in this strange moment for GPU supply and demand.

It’s also worth noting that the performance gap we’re talking about here is roughly the same in terms of gaming and productivity. The problem is that the RTX 3090 was already a fantastic card for creators, giving far more in a consumer GPU than had ever been available before, and far more than even the RTX 3080‘s contemporary chip could.

The 24GB frame buffer on the RTX 3090 means real-time manipulation of big render models in Blender and Autodesk Maya, which isn’t necessarily a game-changer between the Ampere GPUs in terms of raw rendering times. After all, it’s not just about the final render; it’s also about the minor adjustments made before the RTX 3090 kicks in. 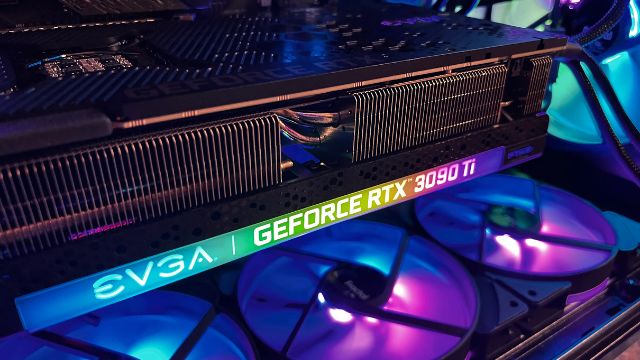 This feels like an Intel processor review from before the Alder Lake era. Sure, the RTX 3090 Ti is the fastest consumer GPU on the market right now, but does it really matter? In terms of overall game performance, there are such decreasing returns that I’d say that $2,000 is an absurd ask from someone who just wants to play with polygons for fun.

The problem is that pricing is such a major concern in today’s business that the two grand figure almost makes sense. It does when the RTX 3080 and RTX 3080 Ti are $1,200 and $1,800, respectively, but that isn’t going to be the case for much longer. We already know that stock levels are rising and prices are falling, so when the RTX 3080 Ti drops to its more reasonable (albeit still outrageous) MSRP, the RTX 3090 Ti will appear even more outrageous.

The RTX 3090 Ti, on the other hand, has already seen a price drop. Manufacturers have told us that cards would have been $800 more expensive a month or so ago. It’s unlikely to fall anymore, but I suppose that’s one of the benefits of the delayed launch: the RTX 3090 Ti isn’t as expensive as it was supposed to be.

Yes, it’s a frivolous indulgence for the ostensibly well-heeled gamer that adds little to the performance of the cards it’s supposed to replace. But what about the material for professionals and creators?

To be honest, the RTX 3090 did all the heavy labor before it, resulting in a genuine Titan-like graphics card that could compete with far more expensive Quadro GPUs. The RTX 3090 Ti feels like a $500 icing on the cake—it will speed up rendering slightly, but the actual workflow speedup has already been accomplished.

However, referring to it as a GeForce card immediately attracts gamers.

After all, it is a game company. That implies that, no matter how much Nvidia wanted to label the RTX 3080 its flagship Ampere card at launch, the RTX 3090 was the top dog that gamers should aim for, and the RTX 3090 Ti is today.

If it had been called a Titan instead, I’m sure fewer gamers—those with plenty of cash and perhaps less knowledge of how the graphics card market works—would have been looking at it to complete their ultra-spec gaming PCs. They’d most likely show up in a different, less prominent section of the pre-built PC shopping sites as well.

It’s a clever move, and it could help Nvidia sell more of its high-end GPUs than it would have if it had remained a Titan. I simply wish it was a little more forthright with the explanation. We understand capitalism. 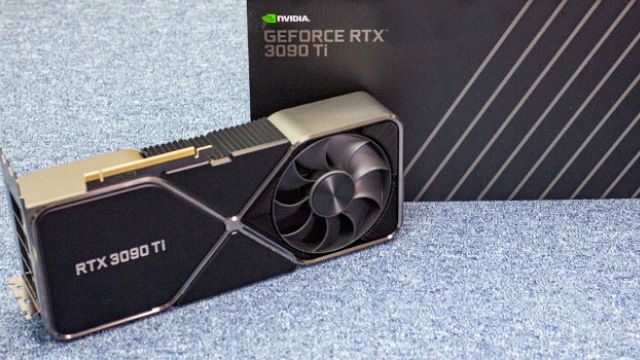 The RTX 3090 Ti, especially this Asus TUF RTX 3090 Ti OC Edition, is without a doubt the fastest consumer graphics card available. It is faster than any other, contains more of everything than any other, and is simply larger. It also has a higher list price. By a large margin. That may not seem like much in this strange GPU era we’re in right now, but I believe it will matter more in the future.

It isn’t really a card for gamers, but it also doesn’t offer much in the way of new content for the makers. Although the faster memory and faster clock speed reduce final render times, the RTX 3090 had already altered the game with real-time interactions in common use.

If you only have $2,000 to spend on a GPU right now, this is the one to get. Just keep in mind that this is the absolute maximum of the Ampere design. Lovelace and the Radeon RX 4000-series cards are on the horizon, and they might quickly turn the RTX 3090 Ti into a Radeon VII.