Most of what made the Orbi Pro great has been put into the new Orbi Pro Mini, which makes it easier to set up. At a lower price, it might be perfect for small businesses, people who work from home, or people who work in retail.

Netgear probably didn’t expect the Orbi line to be as popular as it is, since it has become a go-to for people who want an easy-to-use solution for WiFi 6 MESH.

But since the first Orbi Mesh solution came out in 2016, customers have been hoping that Netgear would make something less all-encompassing and cheaper.

Even though not all businesses have 10,000 square feet of office space to cover, many want to provide their employees and customers with reliable and secure WiFi.

As with the other Orbi solutions, Netgear sells the Orbi Pro WiFi 6 Mini as either a single router or as part of a package with extra satellites that cover a much larger area. 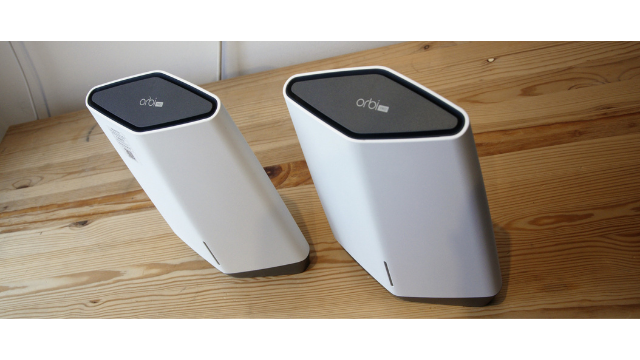 Based on those prices, the dual pack is the best deal unless you want a router and two satellites.

The smaller size of this hardware gives it an advantage over the bigger and more expensive Netgear Orbi Pro WiFi 6 (SXK80).

The router and satellites of the SXK80 are both large pieces of technology that stand about 24.6 cm (9.7 inches) tall.

And once you put them up high with the brackets that come with them, they’re hard to miss.

The SXR30 router and SXS30 satellite, which together are called the SXK30, are smaller at just 18.9 cm (7.4 inches), even though they have the same oddly rhomboid shape.

They also use similar L-shaped plastic wall mounts that are attached to the wall and then screwed onto the router or satellite.

We liked that these didn’t just clip onto the mounts, because that should make it harder for them to fall off or be stolen.

The two parts look almost the same from the outside.

The only big difference between the router and the satellite is that the router has a single WAN port that connects to the Internet broadband modem. 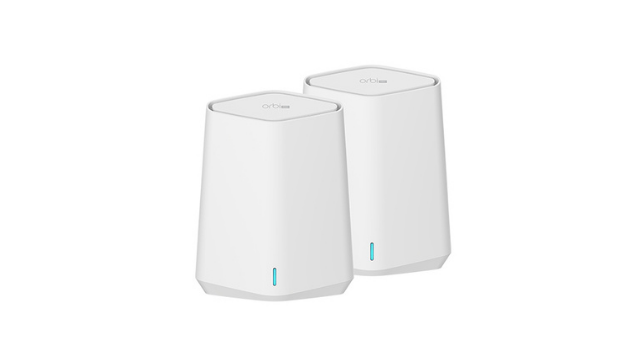 The satellite only has four Ethernet ports. All four on the satellite are used to spread a wired network.

The Mini, like its bigger brother, is set up with the Netgear Insight mobile app instead of the Netgear Orbi tool, which was made for older hardware.

From our point of view, there are a few problems with Insight.

The first is that it’s too much management for a place where this is the only Netgear equipment.

And second, you need an extra annual subscription to get this tool’s really smart features.

When you buy a new device, you get a free month of premium service right away.

Once that free time is over, you’ll have to pay extra to keep using the premium features.

Since the Mini Pro is based on the same technology as the original Pro, its performance is almost the same for each user.

This statement doesn’t take into account the fact that fewer users can experience this performance because the Mini hardware has fewer channels and a smaller wireless footprint. 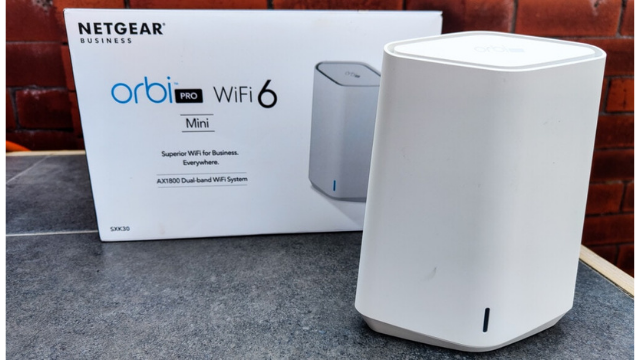 A second connection at that speed would use up all the bandwidth that 5GHz has to offer (1200Mbit).

Also Read: Lenovo Legion 5 Pro Is A Great Product That Is Best! Review!

When the 5GHz channel is also being used for backhaul, the performance of those who connect through the satellite (5GHz or 2.4GHz) could be cut in half.

Something about this equipment is interesting, and the price is a big part of that.

Even though it’s very expensive, the Orbi Pro SXK80 is still the best hardware for businesses with a large buildings and a lot of users at the same time.

But the SXK30 is a good choice for lockdown home workers and small retail operations because it is affordable and gives users the functionality and control they want.

But we think Netgear missed a chance with this hardware because it didn’t come with PoE technology.

If the satellite units were connected by a Power-over-Ethernet backbone, running that cable would have also made it possible to put the hardware in a place where there was no power.

Also Read: Apple Watch 7 Is Here With Full Swing In The Market! Review!

For home users, the price seems like a great deal, but the basic Orbi WiFi 6 (RBK753), which offers double the bandwidth for a little more money, is an even better deal.

Or, you could get the Orbi Mesh WiFi System (RBK353), which has the same bandwidth but comes with two satellites and costs £199.

Bose SoundLink Micro Review: All You Need To Know About It!