Most Popular MMORPG 2022: Are you fed up with MMORPGs that lack the “Massive” players they claim to have? One of the things that make MMORPGs so fantastic is the ability to connect with hundreds of other players, but so many games these days feel empty or lack active communities.

Fortunately, we’ve combed through the data and compiled a list of 5 of Steam’s most popular MMORPGs 2022 based on their current peak daily player count. 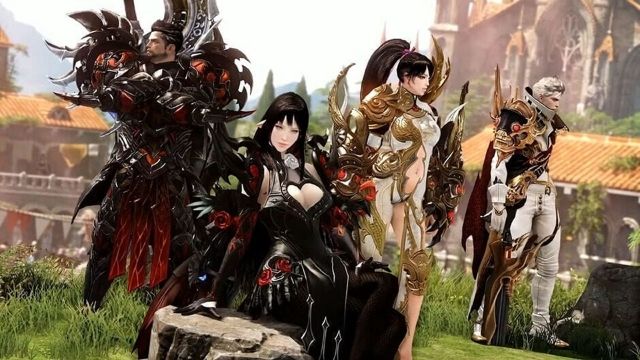 Lost Ark leads our list of the most active MMORPGs on Steam, whether it’s because it just came out or because it’s that excellent. Players will choose from five classes, each with many advanced class options, to combat hordes of foes in Smilegates’ action-RPG behemoth.

This free-to-play ARPG offers a lot of stories to keep you occupied, but its main strength is its challenging PvE end-game and intense competitive PvP. Despite the fact that Amazon Game Studio publishes this game in the west, the servers have remained pretty stable, as seen by the game’s consistently high peak player numbers.

While Lost Ark’s continuous player count is down from its all-time high of 1.3 million, it still maintains about 800,000 peak players every day, which is rather impressive.

It’s too early to tell if Lost Ark can maintain its pace, but the devs have already announced a new expansion, so all signs point to a stable player base, or possibly some growth if an aggressive release schedule is implemented. Given that Lost Ark is a free-to-play title, there’s no excuse to give it a try. 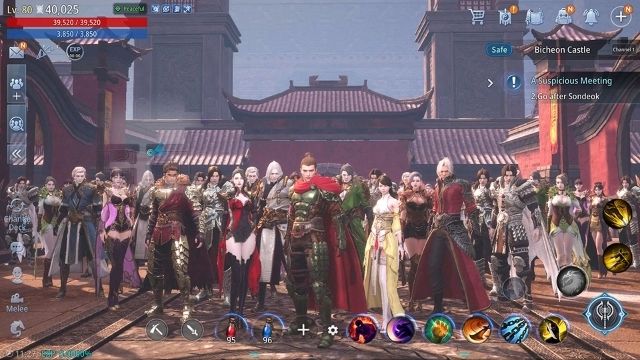 If you’re startled to see MIR4 on the list, or if you’re just curious, “What is MIR4″ is a good place to start. I’m sure you’re not the only one that feels this way.

MIR4 could easily slip under the radar because, despite its large active player population, the game’s Steam reviews are mixed. There are four classes in the game, as well as a free loot system, a castle siege system, and… wait for it… NFTs.

Yes, MIR4 features both Crypto and NFT tokens that you can earn in the game and trade with other players.

Whether you despise the idea of NFTs in games or support them wholeheartedly, MIR4 has been constant at about 60 thousand players per day, down from an all-time high of just under 100K in November of 2021.

Considering the low all-time high peak, MIR4 has managed to maintain a relatively high active player count after more than four months. MMORPG.com revealed in January that, despite Steam’s restriction on cryptocurrency and NFT games, some have snuck through the cracks, and MIR4 has not only survived but thrived.

MIR4 is also available on mobile devices, ensuring that there will be plenty of people to keep you occupied in this action-packed MMORPG. 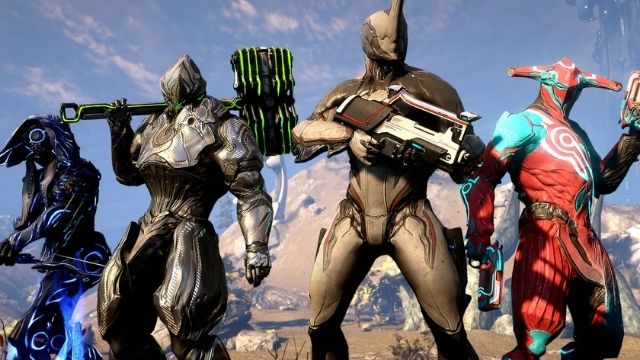 It’s difficult to believe Warframe is almost a decade old; it certainly doesn’t feel like it. While Warframe isn’t an MMORPG in the traditional sense, it has expanded in ways I can’t believe, with new Warframes and fascinating content being introduced all the time.

There’s also a lot of plot to keep players interested, cooperative play, and plenty of cool weapons for Tenno to employ to annihilate his enemies. It doesn’t hurt that the parkour-style movement is simply amazing. For the win, space ninjas!

Warframe has seen a lot of development throughout the years. The most recent spike inactive players was in December 2021, when new content was released, but it has since stabilized at 45 to 50k peak players per day on Steam.

Warframe, on the other hand, is accessible on Xbox, Playstation, and Nintendo Switch, with plans to release the game on mobile platforms later in 2022. In Warframe, there are more than enough players to battle alongside, so join us in Tenno. 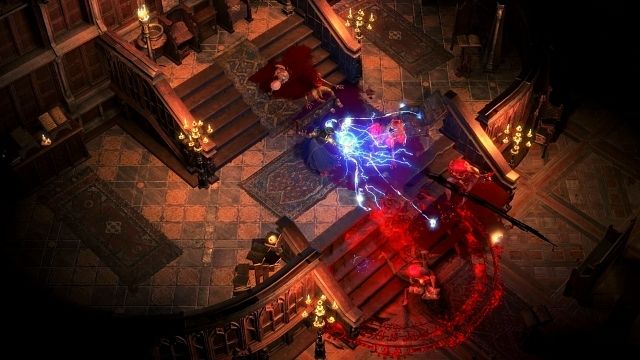 If you enjoy action role-playing games, you’ve probably heard about Path of Exile. It’s no secret that we love Path of Exile here at MMORPG.com, as the game has won the award for a best persistent online game for the past four years.

It’s no surprise that this is one of the most popular games on Steam, with years of updates, a Diablo-like combat system, and a customization mechanism that allows players to fine-tune their build.

Path of Exile currently boasts roughly 40 thousand daily active players, and it’s on the rise. The game’s Steam presence peaked at 28,500 in 2013, however over the years, we’ve witnessed a repeating player count on Steam that has exhibited considerable peak active players, culminating in Path of Exiles having the greatest concurrent player count on record in February of this year.

Path of Exile is also available on Xbox One and PlayStation 4, so the Steam figures don’t tell the whole story. 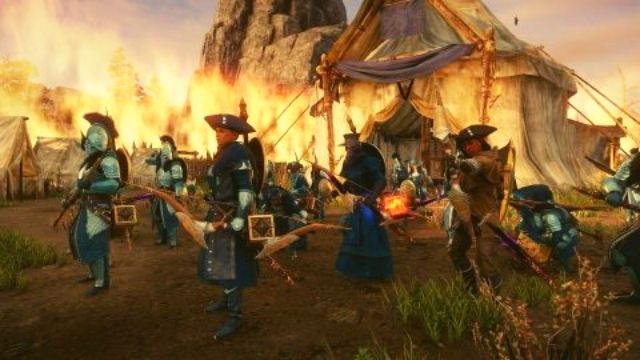 The first original IP from Amazon Game Studios. In practically every way, New World has been a roller coaster. New World has proven that, despite the problems it has had, there are still thousands of die-hard fans ready and willing to represent their faction and bring death to all those who oppose them, from a difficult launch process that saw servers slammed by new players to recent merges to consolidate active players into one place.

New World now has roughly 30 thousand daily active players, which is a good number, but it is on the decline after reaching an all-time high of over 900K in September of 2021.

Back in January of 2022, MMORPG.com recorded a 90 percent reduction in daily active players, and the trend has persisted – but if you’re interested in playing New World, don’t worry too much, since Amazon Game Studios is devoted to enhancing the game. New World is currently exclusively available on Steam. In the future, we hope to witness a growth in the number of daily active players in the New World.