Microsoft’s Surface Laptop 4 is fast, has great sound, a comfortable keyboard, and long battery life. It also has a sleek, if slightly dated, design.

Microsoft’s Surface Laptop 4 is more of an improvement than a change. It has better parts in the same thin, light body that Surface Laptops are known for.

Microsoft hasn’t tried to sell it as anything else. Instead, it says that this latest Surface Laptop will last longer and have more power than its predecessors.

After spending a lot of time with this laptop, it’s clear that Microsoft’s claims are true.

However, our tests show that Microsoft’s marketing could use some work. 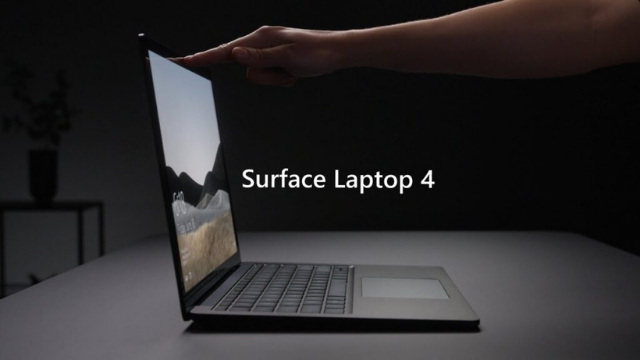 But it’s been almost two years since the Surface Laptop 3 came out in 2019, and in that time, competitors like Dell and Apple have made ultraportables thinner, prettier, and more powerful.

Review of the Microsoft Surface Laptop 4:

The latest Surface Laptop stays close to the minimalist design of its predecessors, which is both good and a little disappointing.

I would have liked to see Microsoft try a more radical change with the Surface Laptop’s design, but for now, you’ll have to look inside to see what’s new.

The choice of ports on the Surface Laptop 4 from Microsoft is pretty simple, which is both good and bad.

On the right side, there is a charging port called a Surface Connector.

On the left, there are USB-A ports, USB-C ports, and a headphone jack. 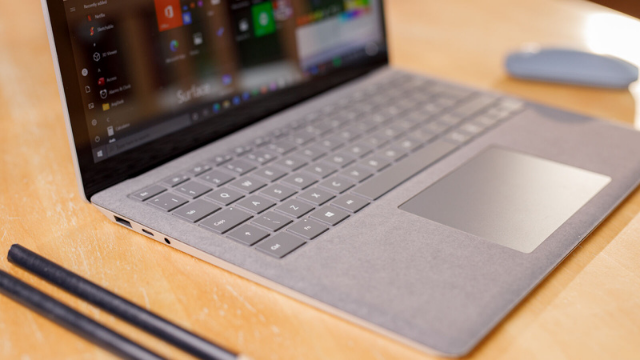 It’s nice to see a classic USB-A port on a modern machine like this, and pairing it with a USB-C port gives this laptop a nice amount of flexibility when it comes to connecting external devices.

But this USB-C port doesn’t work with Thunderbolt 4, which is a bummer for anyone who bought a GPU or a high-capacity external drive.

What About The Screen?

The Surface Laptop 4’s 13.5-inch, 2256 x 1504-pixel screen has its advantages, especially if you do a lot of reading, editing, or anything else that benefits from having more vertical space.

But when I stopped working and started streaming TV and movies on my laptop, I was a little disappointed by how dull and washed out some scenes looked.

I find it easier to type on the Microsoft Surface Laptop 4 than on most other laptops I’ve used.

This is mostly because the keys are a good size and the keyboard is made of Alcantara.

With 1.3mm of travel and a nice click, the keys feel good to type on.

This helped me avoid hitting the bottom of the key when I typed quickly.

What About The Sound!

The Surface Laptop 4’s speakers are getting a lot of attention because they now have Dolby Atmos technology.

Microsoft says that this helps the laptop produce richer, more accurate sound by pumping it out from under the keyboard and bouncing it off the screen.

Unless your job is to play Cyberpunk 2077 with all the settings turned up, Microsoft’s Surface Laptop 4 can handle pretty much anything you throw at it during an average workday. 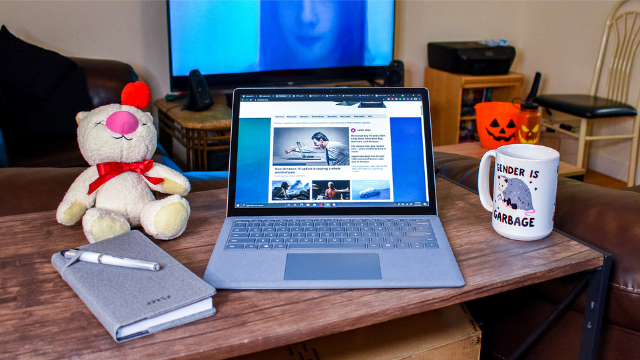 Our review unit’s 16GB of RAM and 11th Gen Intel i7 CPU gave it enough power to handle all of the basic tasks I could throw at it, including 20+ tabs spread across four Chrome windows so I could watch two 4K YouTube videos, a Twitch stream, and my Spotify playlist while writing this review.

Webcam: The 720p webcam built into the top of the Surface Laptop 4’s screen doesn’t have much to say about it, except that I wish it was a little more exciting.

A jump up to 1080p would have been a nice change, especially since we have so many Zoom meetings right now because of the pandemic.

It would have set this latest Surface Laptop apart from its predecessors, which all had 720p webcams above the screen.

How Long The Batteries Last?

The battery life of this latest Surface Laptop is one of its biggest selling points and for good reason.

Its predecessors impressed us with their sleek designs and beautiful screens, but they often didn’t last as long as the competition on a single charge.