This Lego Transformation Vehicle Would Craze You Down! Great Product!

So come take a spin in the new LEGO Technic 42140 App-Controlled Transformation Vehicle – or, should that be, ‘vehicles,’ since reality is overrated?

Technic is a theme that is, for the most part, founded in the reality of the world. Sets are often a recreation of generic vehicles – such as cranes, helicopters, bulldozers, and so on.

However, now and again, something appears that appears to have sprung entirely from the designer’s mind.

A brilliant blue and vivid yellow tracked racing… thing is depicted in this time’s illustration.

Sure, the two vehicles appear to have a lot in common on the surface, but then you notice an image in the corner that depicts the car flipping over on its side.

“Surely if a thing flips over, it’ll be lying on the beach like a turtle on its back,” you think as you glance at the cab of the Arctic truck.

Is There A Major Design Flaw?

Maybe there’s something more to this collection than meets the eye.

Build — Except for the entry-level models, the majority of Technic sets begin with an engine or a transmission.

Considering that we’re working with a battery-powered set that makes use of the CONTROL+ system, the construction process begins with the attachment of a pair of motors and a battery box to a frame.

Within 30 minutes or so, you’ll have something that looks like the beginning of a 1950s hotrod: enormous driven wheels (albeit no tyres) in the back and smaller wheels upfront, all mounted on a chassis that looks like it could have been thrown together in someone’s backyard workshop.

As soon as bag number two is opened, some bodywork begins to show, in colours that are decidedly un-Technic in appearance. 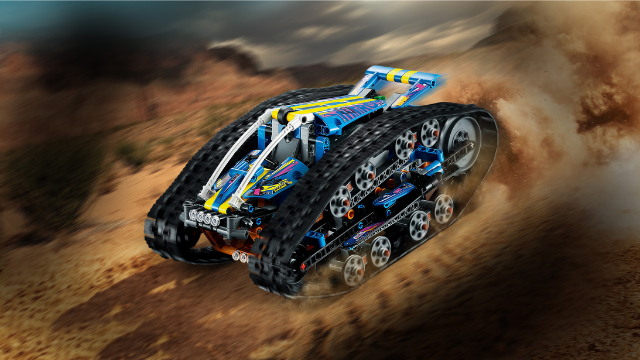 A couple of 3×3 connector beams in violet and brilliant green have already been tucked away inside, looking more at home in a Friends set than a Technic vehicle, and you’ll be putting them all together to create a canopy out of bright blue and fluorescent yellow.

As soon as you flip the chassis over and begin constructing a different cockpit in a more typical orange, normal service will be restored.

As you join the bodywork to the back of the chassis, that nagging feeling of ‘How on earth is this going to work?’ returns, and it is at this time that the designer pulls off a brilliant manoeuvre.

However, as soon as they are joined, you become aware of what is taking place.

Instead of being fixed concerning the main structure, the body is hinged at the back, and the shocks allow it to see-saw up and down as it travels through the air.

Although the shock absorbers function in the classic sense, providing some comfort and protection to the driver, they also compress enough to allow the body to move up and down, avoiding a situation known as the “beached turtle.”

When the bottom half of both cabs is compressed, the small rollers on the top of both cabs ensure that it does not snag on the floor.

Bag three completes the basic bodywork and assembles the roller assembly that holds the tracks in place, and the project comes to a close with the assembling of the tracks themselves from 96 parts, which is a little repetitive (plus 96 rubber studs for traction).

As you go along, you’ll collect 31 stickers, all of which are quite simple to apply and which give a welcome splash of detail and colour to your project.

It’s a fun build, and it’s a fun concept, but let’s be honest: this is one of those sets where the actual construction is secondary to the whole ‘turn it on and take it for a spin’ experience.

What About Its Control Functions?

Start the CONTROL+ application, turn on the vehicle, and wait for a brief firmware update before you’re on your way.

When it comes to controlling the car, the controls are straightforward — two sliders control the left and right tracks, and once you’ve proven to the software that you can drive it both forward and backward, it’s time to pull out the big guns.

“Drive into a wall,” the software advises, “to flip your model on its side.”

And it’s effective. It is quite effective. The controls, which were originally orange to match the cab, are changed to lime green as the car turns over and the futuristic racer takes over.

It’s a nice little detail. Even as you’re driving, the phone or tablet that you’re using to control the vehicle is playing some industrial sounds that correspond to your actions. 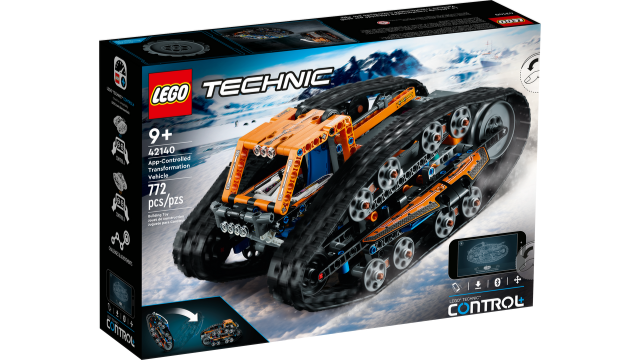 Because your attention is focused on driving, it’s not a big leap to assume that the sounds are coming from the set itself, which is not unreasonable.

For now, the studs that you worked so hard to put in place ensure that it has outstanding traction on both carpet and hard surfaces.

That said, it is not the quickest vehicle ever built. The modding community may be tempted to use their bucket of gears to speed it up, but given that the majority of people will be using it in the confines of their living room or bedroom, we believe it is perfectly acceptable as is.

A Minifigure will be included in a Technic set for the first time, which will be a very strange day indeed.

Please do not send in correspondence regarding the Technic figures that were introduced in the late 1980s, as they are not Minifigures.

Or, you know, just do it! We are always delighted to receive feedback from our readers.

At £114.99 / $139.99 / €129.99, this isn’t a budget-friendly set by any stretch of the imagination. However, when you consider that you’re getting a good range of parts, a couple of motors, a battery box, and a whole lot of entertainment, it’s not a leap to argue that the pricing is reasonable.

Although it won’t be taking pride of place on many display shelves because of its vivid colours and, shall we say, ‘alternative’ appearance, it’s likely to be tearing up the living room carpet instead. Just keep in mind to account for the cost of the batteries as well. 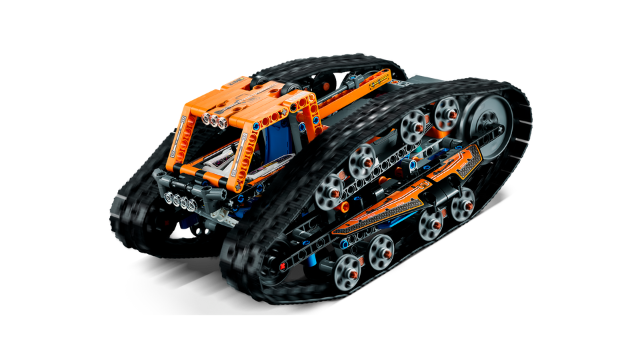 What Are Concluding Remarks?

From the exterior, the 42140 App-Controlled Transformation Vehicle doesn’t appear to have much to offer Technic purists in terms of features and functionality.

It makes use of the CONTROL+ system, which is not widely loved. There isn’t even a hint of a gearbox insight.

There is no engine. There is no difference. We searched high and low for cogs and worm gears but were unable to locate any.

The term “function” is used very loosely here, and there is very little that could be classified as such.

When we had a look at the packaging, we were reminded of the novelty remote-controlled toys that used to be available through mail-order catalogues in the early 1970s.

When it comes to first impressions, this is the level at which we are talking.

However, no sooner have you begun to assemble it than you begin to fall in love with this collection. 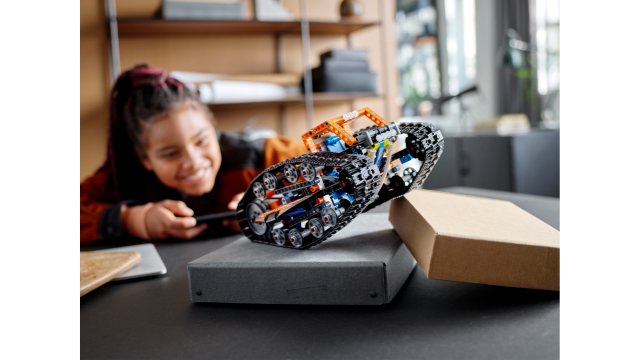 It’s not the most intricate build you’ll ever attempt, but it is a reasonable task that can be completed in a few hours and that you will love — caterpillar tracks and all.

The designer deserves a lot of credit for coming up with some extremely innovative concepts.

Even though the swinging body mechanism is brazen enough to bring a smile to your face, there are other minor details to appreciate.

The blue and yellow ‘racer’ side of the car has a raised spoiler that would catch on the ground if the vehicle were to flip over unless a clever method is used to lower it as the vehicle flips over. 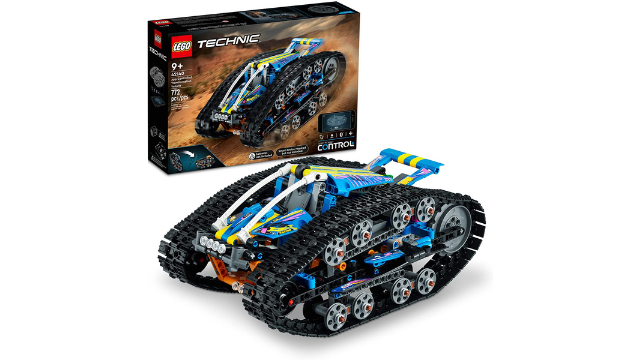 We were grumbling the first time we tried to turn on the battery box because the switch was difficult to reach with a fingertip, but then we realised that what appeared to be a minor decorative touch was an easily accessible lever that allowed us to turn it on without having to squeeze our hand in.

This is it that we know about this topic, to know more about such related idea, do follow our website on a regular and frequent basis.