As a way to improve the sound of a TV, the Klipsch Cinema 400 does a lively and confident job.

It doesn’t have many features, but it will be fine for people who just want a simple soundbar.

It’s a soundbar you might want to think about for movie night.

Klipsch, an American company, has made a big push into the UK soundbar market.

Its most recent range includes four models, from the basic Cinema 400 to the Atmos-capable Cinema 1200.

But the UK market for sound bars is hard to break into.

You only have to look at the US brand VIZIO to see an example of a company that tried out the market but then left it soon after. 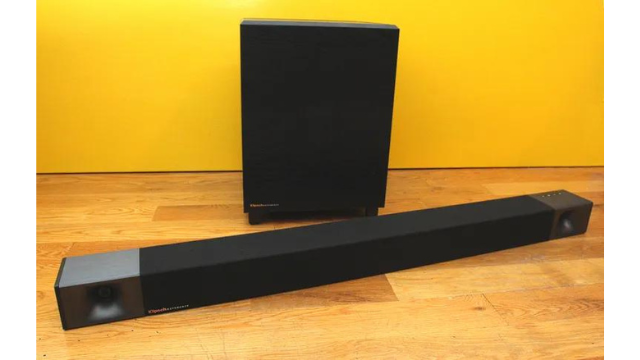 Making the noise you need to get people’s attention isn’t easy, but that hasn’t stopped Klipsch from trying.

When it comes to budget and entry-level soundbars, style is often sacrificed for function.

To quote Arrested Development, a soundbar is for hearing, not for seeing.

I think the Cinema 400 is one of the nicer and more unique soundbars at this price, but I’m sure some people will disagree.

If you’ve ever seen a Klipsch soundbar, the Cinema 400 doesn’t look too different.

If you want to hang it right on the wall, it comes with brackets and screws.

The structure is made of real wood and has a black fabric grille.

At each end is Klipsch’s unique horn-loaded speaker technology.

The horn-loaded speakers are covered in brushed metal and have wooden end caps.

On the right is a set of buttons for power, source, and turning the volume up and down.

Above that is a panel that shows what mode the bar is in.

Since the Cinema 400 is Klipsch’s least expensive soundbar, it does not have any smart features.

There’s no Wi-Fi, no voice assistant support or app.

It is a simple soundbar that can be used in real life.

Around the back are HDMI ARC, USB, digital optical, and analogue inputs, as well as a sub-out if you want to connect a different subwoofer. 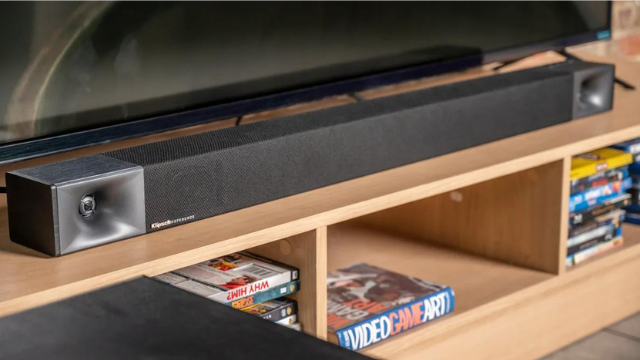 There’s no eARC support, so there’s no Dolby Atmos or DTS: X. The Cinema 400 only plays Dolby Digital tracks in stereo, and Klipsch says it doesn’t work with DTS soundtracks (although I still managed to play them).

Streaming from a smartphone, tablet, or another device is possible with Bluetooth.

At this price, the Cinema 400 has what I’d call an exotic speaker array.

It has two Klipsch 1-inch tweeters with 90° x 90° Tractrix horns that send sound straight to the listener.

With all of these factors in play, the Cinema 400 makes a satisfyingly strong sound with all of the music I played.

The bass is clear and deep and fits in well with the rest of the music.

At least with the settings that come with the Cinema 400, the subwoofer doesn’t overpower the main speaker.

Even though this 2.1 stereo system doesn’t have a dedicated centre channel, the dialogue is clear.

I haven’t heard any sibilant sounds, and both male and female voices sound real.

There is a Dialog Enhancer, but it only adds a little more presence and firmness.

It doesn’t change the way the message is sent.

Keeping with Dune, the Klipsch finds a lot of detail. In the training fight between Gurney and Paul, the vibrating, electric feeling of the body shields is brought to life with a lot of force.

What About Its Modes?

The Cinema 400 doesn’t have the widest presentation, but when you switch to the Virtual Surround mode, it gets bigger.

Effects and dialogue are lifted off the screen and moved toward where you’re sitting, and sounds are spread out to make the presentation less flat.

When I watched “In the Heights” in “Virtual Surround” mode, I did notice that the dialogue was a little far away from the actors’ mouths, and the rhythm of the words felt off.

The Klipsch Cinema 400 does well with the music. 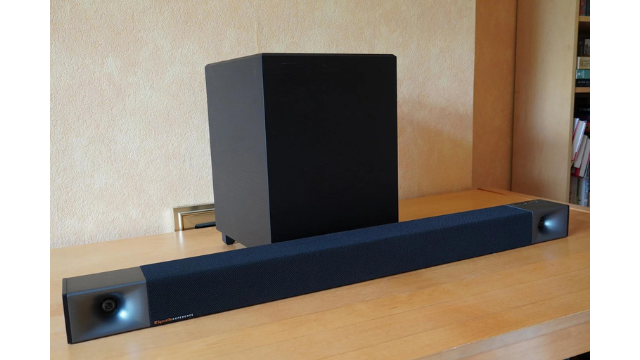 There is a focus on dialogue, and just like in TV and movies, the lyrics have weight.

The mid-range performance is clear, dynamic, and full of detail, and the high frequencies are clean and sharp.

Still, the Cinema 400 is interesting, which isn’t always the case when it comes to music and soundbars.