The cylinder is JBL’s distinctive Bluetooth speaker design, and the JBL Xtreme 3 stays true to that tradition.

It, like its predecessor, the JBL Xtreme 2, aspires to occupy the liminal area between ultra-portable speakers and powerful party companions.

At the end of the day, it still looks and feels a lot like the prior edition.

The JBL Xtreme 3’s IP67 rating, as well as its loud output, solid connection, an aux jack, are guaranteed to please partygoers.

The fact that this speaker can charge other devices will appeal to gadget fans.

The hefty size of the Xtreme 3 won’t bother anyone who listens to music in one place.

The JBL Xtreme 3 is a big cylinder with passive bass radiators at each end, similar to the JBL Flip 6 and some of our other favourite JBL speakers.

The main drivers in the centre remain a robust and dependable setup.

In comparison to its predecessor’s IPX7 rating, the Xtreme 3 boasts a more durable IP67 rating.

As a result, the speaker’s third generation is dust- and water-resistant.

The Xtreme 3 can withstand a swim in a pond, and dirt and sand are kept out of the grille. 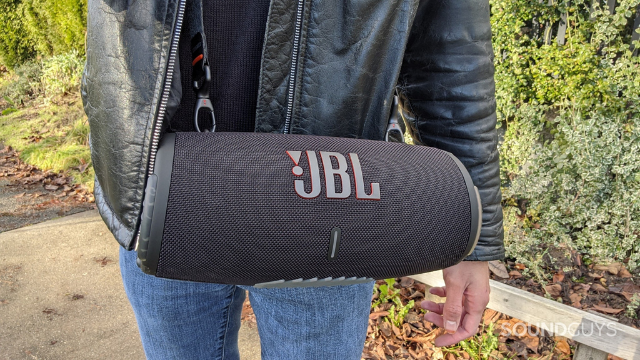 The similarities between the second and third-generation Xtreme speakers, however, end there.

That is, it is transportable in the same manner that a folding chair or grocery bag is.

You can drape it over your shoulder, but the weight will be noticeable.

You’ll start to feel the strap pressing in after a while.

Going up mountains, or even on a calm stroll, with this speaker would certainly add to the weight.

Instead, the strap appears to be designed to transport the speaker from point A to point B while freeing up your hands to carry beach supplies or party drinks.

The JBL Xtreme 3 replaces the Xtreme 2’s little feet with a textured surface on the bottom, comparable to the JBL Clip 4.

This appears to be less stable than having two distinct places to rest the speaker, which is what I like.

As a result, it maintains its stability on level terrain while requiring greater skill on slopes or curves.

The speaker bounces because of the plastic bumpers on its ends, especially if you drop it bass radiator-side down.

Bumpers protect the vehicle from dents and scratches, but they also accumulate scuffs and marks quickly.

Around the back, there are two USB ports: one input/output USB-C port and were out Type-A port.

All of this is hidden behind a tiny door that keeps dust and dirt out.

How Do You Use It?

The JBL Xtreme 3 features the same control buttons as many of the company’s other speakers.

Volume controls, PartyBoost, and a play, pause, and skip track bubuttonsre are all included.

These buttons are not backlit by JBL, but they are fashioned differently from one another. 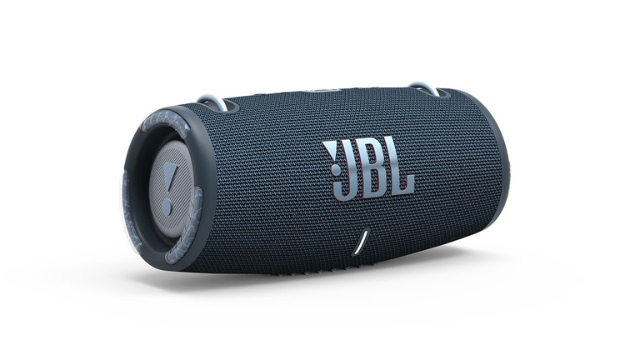 The power and Bluetooth buttons are both lit, but they don’t have a distinct form or feel.

In comparison to the modest red emblem adorning the Xtreme 2, a battery indication sits just below the now larger and more minimalist “JBL” logo.

Is It Worth It?

Which was previously known as “JBL Connect,” to download firmware upgrades and view the user guide.

Without pushing the specific button on the speaker, you may turn on or off the speaker’s feedback tones and enable PartyBoost in the app.

Stereo mode, like that of other JBL speakers, is limited to two JBL Xtreme 3 speakers.

The app’s features are rounded off by a basic equalisation that lets you change the highs, mids, and lows.

However, unlike many other portable speakers, this one offers an aux input.

As a result, you can get around some of Bluetooth’s quality limits.

It makes logical to add one as well, because “portable” is a broad phrase for such a large speaker, as previously said.

With this speaker, you may connect up to two devices at once using Bluetooth multipoint.

It does not, however, recall a list of them. 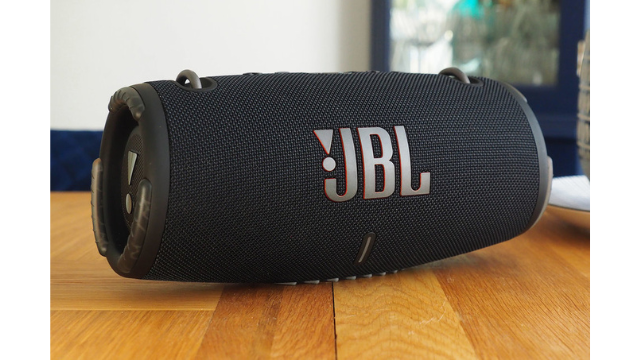 Instead, you must connect to one before moving on to the next.

Then, on each, you can manually play and pause material.

Adding a third device deletes the previous two and connects the speaker only to that device.

Also Read: Asus Chromebook Flip Is A Great Product That You Need Use! Review!