However, for the fourth-generation Clip 4, JBL has adopted a more oval design and increased the speaker’s size marginally.

However, with a sturdier incorporated carabiner “clip,” it appears to be more robust.

It also sounds better, with increased loudness, clarity, and bass. 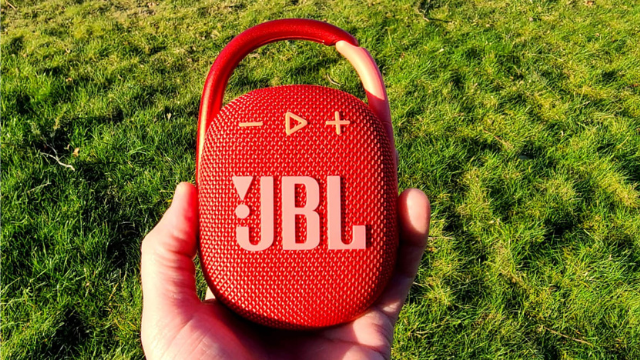 It’s not a huge performance improvement, but the total package seems better than the Clip 3, which is still available.

That’s a tad pricey, but expect both versions to be discounted during the year.

The speaker comes in a variety of colours and may be used in either a vertical or horizontal position.

Albeit it must be fastened to something or propped up to be used in a vertical position.

It features a series of rubber ribs on the rear, so it won’t move around if you place it on a smooth surface.

The bass makes the speaker vibrate at greater volumes, which is why the rubberized back is important.

What About It’s Predecessor?

The Clip 4 is similar to its predecessor in that it produces more loudness and better quality than you’d think, but it does have its limitations.

The bass is adequate, and the speaker can handle less demanding tracks (these little speakers shine with acoustic material because their midrange is robust).

It also works great for providing fuller sound for movie playback than the speakers on your phone or tablet can provide.

There are, of course, caveats.

Most importantly, don’t expect a lot of basses: at full volume, the speaker can sound harsh.

(50 per cent to 75 per cent volume levels are optimal, with buttons on the speaker for controlling volume and track playback).

Also Read: Anker Soundcore Motion Plus Is Having Sound Of Heavens! Explained!

What About It’s Performance?

Performance varied from track to track in my listening tests.

While the X Ambassadors’ Boom tune, for example, sounded punchier than I expected, Major Lazer’s Know No Better seemed restrained. 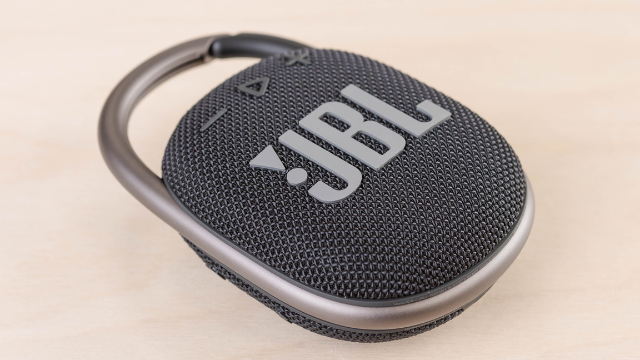 With minor changes, all of these speakers provide identical sound.

The Bose offers more bass and a design that I’ve always admired, but it’s also more expensive and ready for an upgrade since it was released a few years back.

The Clip 4 is louder and has superior clarity and bass, but the Go 3 is $30 less.

And has a design that some people prefer. It’s slightly smaller and lighter than the Clip 4.

And while it has an integrated carabiner, it does include a rope loop to which you may attach a carabiner.

The Go 3’s rectangular form, which can be propped up on its side or set flat (it’s rubberized on the bottom and sides), appeals to me as well.

What About The Battery Life?

Its sole drawback is that its battery life is only 5 hours, compared to the Clip 4’s 10 hours.

Battery life figures are based on playing audio at 50% volume.

Your mileage may vary depending on your volume settings.

If you listen to music loudly, you won’t get anywhere near 10 hours. 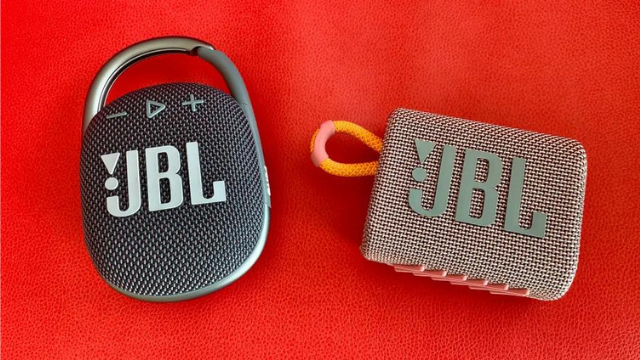 Because neither the Go 3 nor the Clip 4 have speakerphone capabilities.

Or pair with a JBL app (the Clip 3 has a built-in microphone for speakerphone calls).

You can’t use “PartyBoost” mode to connect multiple speakers like you can with some of JBL’s step-up Bluetooth speakers like the Flip 5 and Charge 4.

At this price, neither is a significant concern, but you should be aware of them.

Furthermore, unlike the Clip 3, the Clip 4 is not waterproof.

It is, however, dustproof, and its IPX 67 water-resistance certification allows it to withstand severe water sprays.

JBL Clip speakers have always been popular because they provide good sound for their small size.

And because their “clip” design makes them easy to attach to a backpack and carry around.

The same can be said with the Clip 4, which has a significantly improved design and sound over its predecessor.

If it cost a bit less and JBL hadn’t enhanced the less-priced Go 3 as much as it did, I’d be raving about it even more.

Also Read: Is JBL Flip 6 Is Giving Tough Competition To Other Contenders? Review!

Marshall Willen Review: Here Is All The Great Things You Need To Know!