What Is Chrono Cross?

In particular, scenarist and director Masato Kato was responsible for the creation of the Chrono Cross, with assistance from several designers who had previously worked on Chrono Trigger, such as the art director Yasuyuki Honne and music composer Yasunori Mitsuda. The game’s characters were created by Nobuteru Yuki.

The plot of Chrono Cross revolves around a teenage boy named Serge, as well as the concept of parallel universes. Serge is confronted with an alternate reality in which he died as a child, and he sets out to learn the truth behind the divergence between the two realities.

He is accompanied on his journey around the tropical archipelago of El Nido by the colourful thief Kid and a slew of other characters.

Struggling to unravel his origins and track down the enigmatic Frozen Flame, Serge is most frequently challenged by Lynx, an enigmatic adversary on the hunt for Serge’s whereabouts.

Chrono Cross was a critically acclaimed game when it was released in Japan in 1999 and in North America in 2000, getting a perfect 10.0 rating from GameSpot upon release. 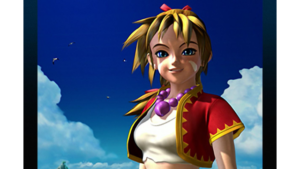 As a result, the game sold 1.5 million copies worldwide by 2003, prompting a Greatest Hits re-release in the United States and the second release in Japan as part of the Ultimate Hits series.

A re-release of Chrono Cross on the PlayStation Network took place in July 2011 in Japan, followed by a release in North America four months later.

An updated version of the game, titled Chrono Cross: Radical Dreamers Edition, was released on April 7, 2022, for Microsoft Windows, Nintendo Switch, PlayStation 4, and Xbox One. The original game was released in 1997.

How Is The Gameplay?

Chrono Cross has gameplay that is similar to that of traditional role-playing video games, with a few exceptions. Players progress through the game by controlling Serge, the protagonist, as he travels through the game’s globe, largely on foot and by boat.

Navigation between areas is accomplished through the use of an overworld map, similar to that found in Chrono Trigger, which depicts the landscape from a scaled-down above view.

Villages, outdoor spaces, and dungeons are scattered throughout the island landscape, through which the player must navigate in three dimensions.

Geographical locations such as cities and forests are represented by more accurately scaled field maps, on which the player can interact with locals to procure things and services, as well as solve puzzles and challenges and confront foes.

The game, like Chrono Trigger, does not contain random encounters; adversaries are either visible on field maps or lie in wait to ambush the party, as in the previous game.

When the player touches the monster, the game switches viewpoints to a battle screen, where they can physically strike, employ “Elements,” defend themselves, or flee from the opponent.

Battles are turn-based, and the player has an unlimited amount of time to choose an action from the available menu throughout each round.

Each strike diminishes the number of health points available to both the playable characters and the computer-controlled adversaries, which can be replenished through the use of certain Elements. When a playable character has exhausted all of his or her hit points, he or she passes out. The game will end if all of the player’s characters are killed in battle, and the game will have to be started over from the beginning of a previously saved chapter.

The developers of Chrono Cross set out to tread new ground in the genre, and the game has several novel elements.

For example, players can flee from any confrontations, even boss bouts and the final battle, if they choose to do so.

What About Its Characters?

Chrono Cross has a large and diverse cast of 45 characters to choose from. Each character is equipped with a natural Element affinity as well as three unique special talents that are mastered over time.

Characters behave differently if they are transported to a reality that is opposed to their own (if available). A large number of characters are intertwined with crucial plot events.

The fact that it is impossible to gain all 45 characters in a single session means that players will have to retry the game to witness everything.

With the use of the New Game+ function, players can eventually gain all of their characters in a single save file. 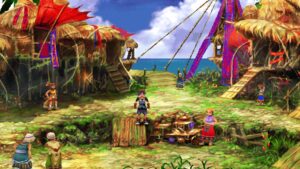 A 17-year-old lad with blue hair, Serge is the main character of the game and lives in the fishing village of Arni with his family. He accidentally enters a parallel universe in which he drowned ten years earlier and survives.

He is determined to uncover the truth behind the catastrophe, and he embarks on a predestined journey that will lead him to save the world in the process.

Kid, a fiery and competent thief who is on the hunt for the mythical Frozen Flame, lends a hand to him.

Because of her tough, thieving history, she is portrayed as willful and tomboyish, and she assists Serge in sneaking into Viper Manor to get the Frozen Flame. Kid swears to track down and fight Lynx, an anthropomorphic panther that torched her adopted mother’s orphanage in the first episode.

A sadistic agent of the supercomputer FATE, Lynx is hell-bent on tracking down Serge and utilising his body as part of a larger scheme involving the Frozen Flame.

Lynx is accompanied by Harle, a fascinating and mischievous young lady dressed as a harlequin. Harle was assigned by the Dragon God to follow Lynx and, eventually, take the Frozen Flame from Chronopolis, a mission she painstakingly completes despite her feelings for Serge, the man she is captivated with.

To achieve this, Harle assists Lynx in manipulating the Acacia Dragoons, a formidable militia that governs the islands of El Nido. Meanwhile, the Dragoons are battling Fargo, a former Dragoon turned pirate captain who harbours a grudge against their leader, General Viper, as they attempt to preserve order on the island. 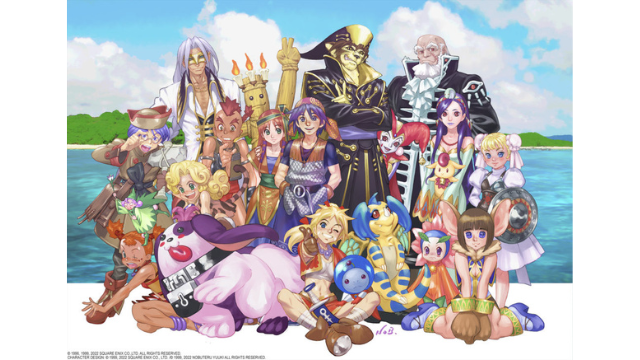 Although originally engaged in combat with Serge, the Acacia Dragoons—whose ranks include the ferocious warriors Karsh, Zoah, Marcy, and Glenn—later come to his aid when the militaristic nation of Porre invades the archipelago and captures him.

Because of the invasion, Norris and Grobyc are drawn to the islands, where they meet up with a heartfelt commander of an elite army and a prototypical cyborg soldier, respectively, in their pursuit of the Frozen Flame.

This is it that we know about Chrono Cross. To know more about such related ideas do follow our website on a regular and frequent basis.