Apple’s smallest tablet, the iPad mini, has received its most significant upgrade to date.

A larger screen in a smaller chassis, the most recent A15 Bionic chip with 5G, new cameras, a new USB-C port, a new Touch ID, and, of course, a brand-new design.

The iPad mini’s form factor and screen size have been modified for the first time since its debut.

What About The Display?

The new design is inspired by the most recent Apple iPhones and iPad Pro tablets; it incorporates the same flat edges and flat frames.

The display now features a 3:2 aspect ratio and an 8.3-inch diagonal.

In addition, it is now a Liquid Retina display with wide colour support, a small first.

In addition, it features True Tone and the standard oleophobic coating on its tempered glass. 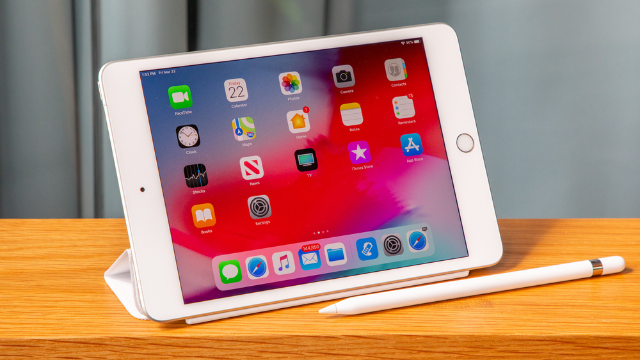 The Apple A15 Bionic chip seen in the most recent iPhone 13 series also powers the iPad mini.

It is a significant improvement over the previous A12 Bionic and should make the iPad mini one of the most powerful tablets currently available.

What About The Camera?

Additionally, this mini has brand-new cameras.

The front camera is an ultrawide 12MP unit with a 14mm f/2.4 lens that enables the cool Center Stage function.

Additionally, there is a new 12MP back camera with Smart HDR3 and 4K at 60fps video capture.

The sixth iPad mini features stereo speakers, 20W fast charging, and a Touch ID sensor that is now side-mounted on the power button.

The changeover to USB-C connector may render all Lighting accessories obsolete but also opens the door to an entirely new world.

As a result of this shift, the 3.5mm jack is no longer available.

The iPad mini (2021) is compatible with the second-generation Apple Pencil and has a magnetic charging place built into its frame.

However, the stylus is ridiculously priced at €135, so we cannot imagine many people purchasing it if they purchased this €550 tablet.

Imagine the iPhone 13 elongated, and you have the iPad mini 6.

This is a sincere compliment, as the most recent iPhone design may not be everyone’s favourite, but it fits perfectly on a tablet.

The sixth iPad mini deviates from the norm, and for the first time since the “mini” line’s introduction, the display has been replaced.

The front Touch ID/Home button has been removed, the screen’s aspect ratio has changed from 4:3 to 3:2, and its diagonal has grown to 8.3 inches “while the metal body has contracted.

Indeed, there is a lot to absorb. The iPad mini (2021) will feature a brand-new Liquid Retina display with a larger 8.3-inch diagonal and a wider 3:2 aspect ratio.

This is a good adjustment, but it’s also amazing that Apple has managed to keep the iPad mini’s dimensions essentially the same; it’s 8mm narrower.

Similar to the iPad mini 5, the display is fully laminated and supports broad colour, although it now features stylish rounded corners.

What About Its Battery Life?

The sixth-generation iPad mini has the same 5,124mAh battery as its predecessor.

It offers rapid charging with a 20W power supply.

Apple claims that this iPad mini will provide 10 hours of online surfing or movie playback, the same as the iPad mini 5 and iPad mini 4 models.

Our battery life test indicates that these statements are accurate.

The Apple iPad mini 6 is compatible with USB Power Delivery power adapters that provide a maximum of 25W.

Apple ships the tablet with a 20W charger, so no other accessories are required.

Not the first iPad mini to include stereo speakers, but the first to situate them correctly.

Previously, both speakers were positioned on one side, symmetrically across the USB port.

What About Its IOS Version?

The newest iPad ships with the most recent iPadOS.

Apple rebranded iOS for iPad in 2019 because it has gotten far more powerful, a symbolic but unquestionably necessary move. Therefore, it was time for a new OS moniker, and iPadOS is an apt choice.

The UI of iPadOS is still comprised of home screens packed with apps and widgets, an App Library for less important apps, and Notification and Control Centers.

The iPad mini’s lock screen is as basic as possible, displaying only the time and date.

However, if you grant Lockscreen access to any or all of the capabilities it supports, it may be rather potent.

For instance, swiping up brings up the Notification Center, while swiping down displays the Spotlight search and shortcuts.