God Eater 3 is a Marvelous-developed action role-playing game published by Bandai Namco Entertainment. The third main installment in the God Eater series, the game was released in Japan for PlayStation 4 in December 2018, and globally for PlayStation and Microsoft Windows in February 2019, with a Nintendo Switch version following in July 2019.

The game is an action role-playing game with hack and slash gameplay, similar to its predecessor. God Arc weapons, which can be altered, are available to players.

Players are entrusted with hunting gigantic monsters known as Aragami in the game. The player character is a God Eater who can absorb monster energy and use it to unleash “Burst Arts,” powerful attacks that cause a lot of damage to adversaries. 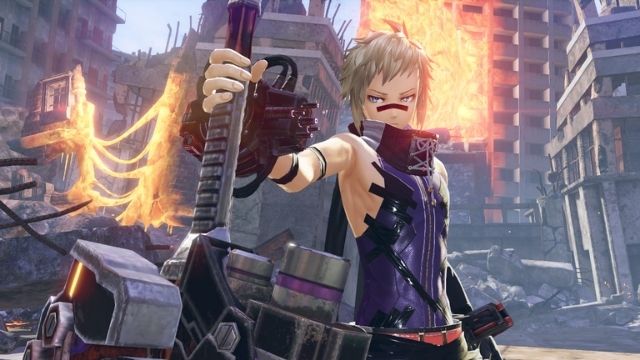 During combat, players can use the Engage System to share combat bonuses with one another. The game can be played cooperatively with up to four other people, while attack missions can handle up to eight people. In addition, God Eater 3 introduces three new God Arc weapon categories.

Biting Edge is a pair of dual blades with the fastest attack speed but the least damage of any weapon class. They can morph into “Glaive Form” to boost damage output and mobility at the expense of stamina.

Heavy Moon is a massive moon-shaped blade that can transform into “Axe Moon Form,” which increases attack speed and damage the longer it is swung, and is particularly effective against Aragami wearing heavy armor. However, the player cannot move while in Axe Form.

Ray Gun is a weapon that can shoot a continuous beam of laser that causes greater damage the longer it is held down. It also features an Oracle Reserve system that stores up to two bars of OP, letting the user fire the weapon for longer.

Accelerator Triggers, which are passive abilities that offer various temporary boosts when certain requirements are satisfied in battle, are also introduced in the game. When God Eaters are engaged, the effects of Accel Triggers are shared.

Similar to Burst Arts, each Accel Trigger has its own experience gauge that grows as the player uses it in battle. Accel Triggers gain power as they level up, and they will occasionally unlock new Accel Triggers.

The game introduces new varieties of Aragami, including “Ashborn Aragami,” a powerful Aragami capable of devouring and corrupting God Eaters, allowing it to attain a “Burst State.” Burst Ashborns use new moves, do more damage, and regenerate some health, whereas corrupted God Eaters take much more damage and cannot be restored if they are knocked out, causing them to respawn and lose a lot of endurance.

God Eater 3 does not have re-releases, and additional gameplay and story content after the main game is supplied via a free post-release update, unlike prior titles. 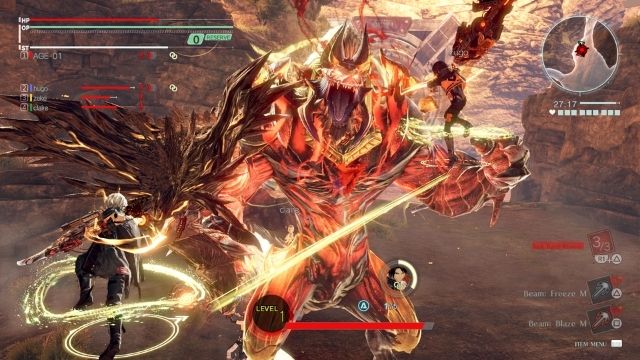 Earth has been destroyed and nearly overtaken by the Aragami by the 2080s. To make matters worse, a disaster has produced outbreaks of an ash-like substance that corrodes anything it comes into contact with, which has spread over Europe, leaving enormous swaths of inhospitable terrain known as the Ashlands, which are infested with Aragami and continue to grow over time.

The God Eaters‘ former command organization, Fenrir, has been destroyed by the Ash, and all of Fenrir’s outposts have been isolated. Only underground facilities known as “Ports,” created in the remains of Fenrir satellite bases, survive in the sea of ash around HQ.

These are defended by a new breed of God Eater known as Adaptive God Eaters (AGEs), who are specialized to withstand the Ash and have greater combat capacity but are typically treated like hounds.

The Ports are united under the Gleipnir organization, which is the heir to Fenrir and plans to regain the Ashlands, while the Crimson Queen, an AGE-based resistance movement, opposes Gleipnir and wants to adapt to the Ashlands instead. Aragami aren’t the only threat; Ash Storms annihilate whatever is in their path, and a new breed of upgraded and hyper-lethal Aragami known as Ashborn has evolved. 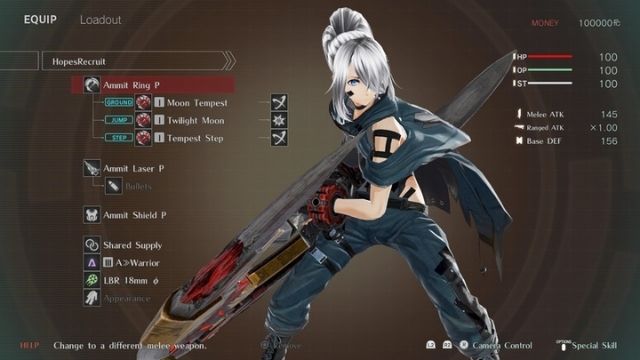 You can now enjoy the game’s captivating plot, distinct characters, and stunning, high-speed fighting while on the road, alone, or with friends!

As you wield your God Arc, charge into the fray of lightning-fast combat!

God’s Arcs are weapons that you can use to cut, shoot, and eat any Aragami in your path! Choose from eight melee forms, four gun forms, and three shields by combining different modification elements to create a God Arc that is entirely yours!

Use trendy techniques like Burst Arts and Dive Attacks to take down your opponents!

Burst Arts are devastating special attacks that can be used on the ground, in the air, or while dodging! To match your fighting style, choose from a variety of Burst Arts!
Dive strikes turn your God Arc into a shield as you charge at great speeds toward the opponent. You may even dash about the battlefield with them!
As you square off against the Aragami, use these and other methods to establish your own playstyle!

Experience a gripping thriller in which you play the lead role!

Play as a new Adaptive God Eater attempting to make it in a harsh environment. Before beginning on an adventure with compelling allies, customize your character’s appearance, including their face, hairdo, and clothes, before rising above a world of despair and seeing what awaits you on the road ahead!

Fight Aragami in a head-to-head battle with your pals over local communication!

You can play multiplayer with up to three other individuals using the Nintendo Switch‘s local communication capability! To go through the story and earn resources for your God Arc, team up with your buddies!

Famitsu, a Japanese gaming magazine, gave the game a 32/40 rating. According to review aggregator Metacritic, the game garnered “mixed or mediocre reviews” on PlayStation 4.

Ginny Woo of GameSpot liked the game’s characters and story, although she panned the game’s difficulty curve. “A thrilling twist on the Monster Hunter idea, even if its poor story and rather unvarying content limit it from being the best it might be,” David Jagneaux wrote on IGN.

During its first week in Japan, about 20,960 physical copies of Switch were sold, making it the second best-selling game of any format in the country’s retail sector. The PS4 version of the game sold about 150,523 copies (including the special edition) in its first week in Japan, and a total of 174,834 copies by the end of the year, making it Japan’s 26th most-sold title.