Forspoken:  Project Athia was the initial name for Forspoken, but now it has a legitimate title and a release date. With the passage of time, we’ve also seen glimpses of everything from the new protagonist’s appearance to the way she hurls spells at her foes and zips around the countryside.

Square Enix’s major internal studios are well known for the Final Fantasy series, although since Final Fantasy 15, the company has taken a different path. Many of the developers who worked on it moved on to form Luminous Productions, a new Square Enix studio focusing on high-profile titles.

This new studio took Square Enix’s Luminous Engine from Final Fantasy 15 and put it to use in a new game called Forspoken. 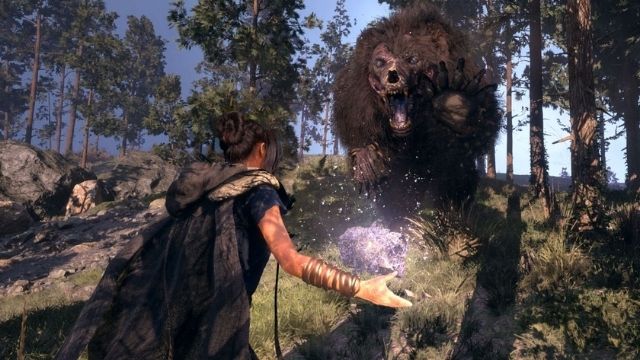 Frey Holland is mysteriously transferred from New York City and stranded in the gorgeous realm of Athia. Frey discovers the capacity to cast strong spells and use magic to travel the expansive landscapes of Athia after an inexplicable magical, sentient bracelet is wrapped around her arm. Frey adopts the name “Cuff” for her new golden friend and sets off to find a way home.

Frey soon discovers that this lovely land formerly thrived under the rule of loving matriarchs known as Tantas, until a horrible blight ravaged everything it touched. Animals became creatures, men became monsters, and lush landscapes became four terrible realms as a result of the Break. The Tantas now rule as insane and terrible sorceresses at the heart of their shattered territories.

Frey reluctantly agrees to help the few remaining residents of Athia, who see her as their only hope, despite being unaffected by the Break and searching for answers. Frey’s trip through this weird and perilous world will lead her deep into the heart of evil, where she will have to face horrible monsters, confront the powerful Tantas, and learn truths that will awaken something far greater from within. 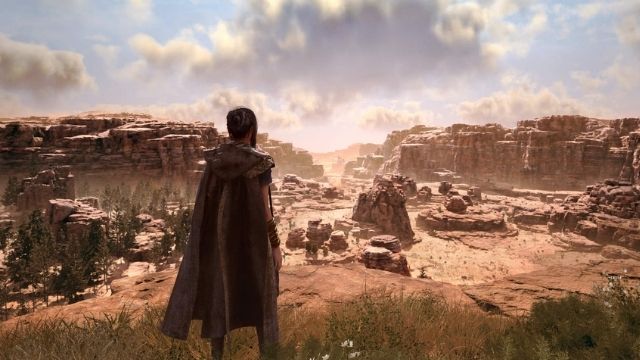 The Odyssey of a Reluctant Hero

After being inexplicably transported to a gorgeous, mystical place, leads Frey on an incredible trip in her search for a way home. Explore Athia’s mysteries as Frey journeys through the cataclysmic Break and learns how to wield great power.

An Open World that is Both Beautiful and Cruel –

Explore the vast lands of Athia, a beautiful region of breathtaking scenery and bizarre creatures brought to life by cutting-edge technology and amazing graphics. Journey deep into tainted lands, where sinister darkness pollutes whatever it comes into contact with.

Take on twisted monsters in magical combat with a wide selection of powerful powers that cater to a variety of playstyles, ranging from fast-paced and exhilarating to strategic and meticulous.

Parkour with a Magical Twist –

Climb walls, jump across canyons, leap from terrifying heights, and race across wide vistas. Frey’s special abilities allow her to move around freely in an open environment.

Frey Holland (Ella Balinska), the protagonist, is a young lady who is taken from New York City to the fantasy country of Athia and must use magical abilities to navigate through it and survive in order to return home. The Tantas, who include Tanta Sila (Janina Gavankar) and Tanta Prave, rule Athia with tyranny (Pollyanna McIntosh). 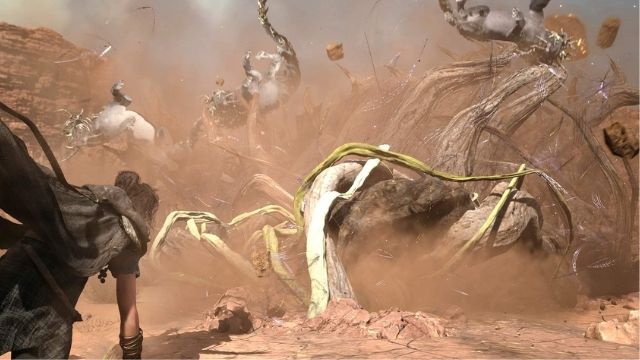 The gameplay will be focused on terrain traversal speed and smoothness, according to director Takeshi Aramaki. The game is also billed as a “narrative-driven adventure” by Square Enix. The character will appear in an open-world game in which players can travel to any location at any time.

Frey, the player character, has a wide range of magical powers at his disposal. The player will get experience points after each battle encounter. Frey’s cloak can be updated to boost her fighting effectiveness and attributes, and nail polish can be applied to activate unique abilities.

In order to regain health, the player can also make new goods or rest in a safe spot. A “break storm,” a scenario akin to horde mode in which waves of demonic monsters arise and attack Frey, may occur while the player is exploring the game area. The storm will come to a stop when a named boss figure appears.

The most current Forspoken video, released in September, gives us a fair idea of how the fantasy RPG will play, and then in December, we got a virtual peek of Forspoken, which provided us with even more information.

Forspoken is a new action role-playing video game from Luminous Productions, which will be released by Square Enix. It will be published for Microsoft Windows and PlayStation 5 on October 11, 2022.

Although it is a Luminous Productions game, the studio has enlisted the help of some well-known writers to develop the script. Gary Whitta, a Star Wars writer (and a former PC Gamer editor), Naughty Dog veteran Amy Hennig, Allison Rymer, and Todd Stashwick are among the writers. Square Enix has pulled out all the stops, so expect a story-driven adventure.