The DJI Action 2 is a modular action camera with 4K video capability.

It’s a reinvented Osmo Action camera with magnetic modules that users may tailor to their shooting needs.

Its F2.8 lens offers it a 155o field of view and a new colour temperature sensor lets it adapt to changing shooting conditions.

The camera also has DJI’s RockSteady 2.0 for reducing shake and a new stabilisation mode called HorizonSteady.

‘Lapse Modify’ allows users to control the speed and length of hyperlapse and timelapse modes.

It can be used as a webcam or for 1080p live streaming.

What Are The Aesthetics?

The Action 2’s new body is the most noticeable improvement to DJI’s action camera series.

The camera’s OLED touchscreen is on the rear, while a single button on the video or photographs of the top record.

The DJI Mimo app or the OLED touchscreen on the back alters all camera settings.

The Action 2 has magnetic connectors on the bottom that allow you to connect numerous accessories.

The Action 2 can use a front-facing screen module or an extra battery pack to extend its battery life. 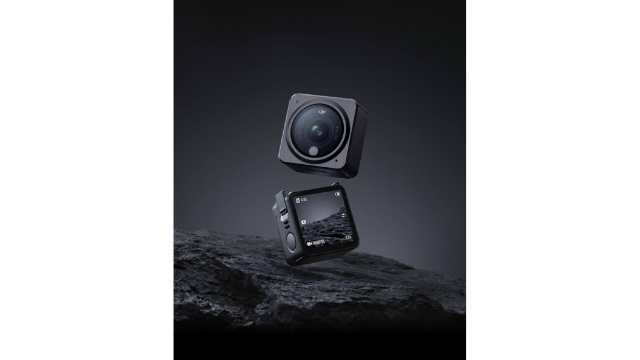 This allows you to record to a micro SD card in addition to the main module’s 32GB built-in memory. When shooting in 1080/30p, the front-facing screen increases battery life to 160 minutes, and the battery pack to 3 hours. The two modules can’t be used together.

You can also attach the Action 2 to any magnetic surface, which sounds like a great way to get some interesting perspectives.

For reasons I’ll explain below, I don’t advocate mounting this camera on your car’s bonnet.

How To Use It?

However, the magnetic design is less useful when attached to random magnetic surfaces.

When I tried to mount the Action 2 to a metal C-stand, it slid down the stand. This device’s magnets are designed to work with other DJI magnets.

Although the camera connects well to the wearing necklace, the FPV footage is lacking.

I tried shooting hyperlapses with it, but my hair, headphones, and jacket got in the way. The footage also has distorted horizon lines. 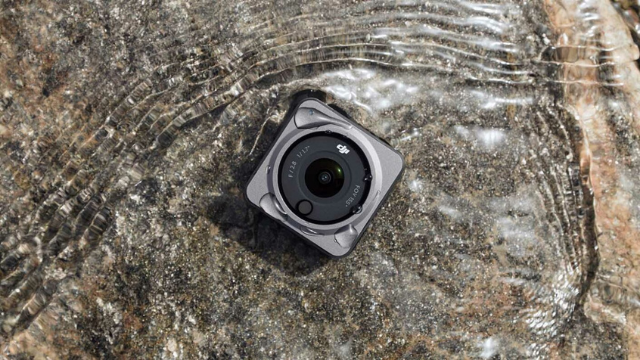 To control the Action 2 while wearing it, you can use the DJI app, although I noticed that if left on for too long, the camera would disconnect from the app and stop filming.

The necklace is more discrete than a chest harness, but the Action 2’s blinking light makes it evident you’re wearing a camera.

The design may be a little odd for some, and the little magnet that connects the camera to the necklace accessory is easy to misplace.

Does It Over Heats!

Wearing the camera close to your body increases the likelihood of it overheating and shutting down.

I liked holding the camera or attaching it to one of the little tripods rather than using the hands-free feature.

The headband may be a better alternative for capturing FPV perspectives without using your hands.

Ultimately, the camera’s rapid overheating may be its biggest flaw. After around three minutes of shooting in 1080p, the Action 2 became very hot.

During my time with the camera, it frequently overheated, stopped recording, and shut down.

In a controlled situation, we could capture roughly seven minutes in 4K/50p before the camera stopped down.

This can be solved by recording at a reduced resolution, but that defeats the purpose of having a 4K action camera.

However, DJI provided some useful information on the camera’s thermal management.

The camera’s design incorporates air cooling. It’s made of an aluminium alloy that’s meant to conduct and dissipate heat, so in normal outdoor conditions, it shouldn’t overheat.

The camera also has an option for adjusting the cut-off temperature to suit your needs. Set it to Standard (48o C) or High (53o C) for maximum flexibility. 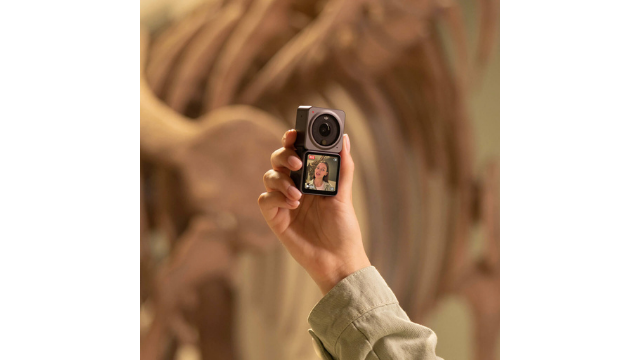 That is, the context in which you intend to use the camera is vital. There’s not much of a breeze when testing on a tripod in an apartment, or shooting bands in clubs as we did, so the camera heats up quickly.

Assuming you plan to install the camera on your bike’s handlebars or your snowboarding helmet, overheating may not be an issue.

The touchscreen is snappy, however, little fingers are required due to the camera’s size.

Toggling between photo, video, fast clip, slow motion, and timelapse modes on the camera’s back can be a hassle.

The DJI Mimo app can change settings, but it doesn’t enable file playback, so you’ll need to transfer files to your computer to view your footage.

How About Its Images?

While not being able to view anything via the app is disappointing, the Action 2’s footage is outstanding.

The large field of vision is fantastic for video, and the footage is very stable even when shot by hand. Colour reproduction is rich and accurate, as is auto exposure. The video is MP4 (H.264 or HEVC).

I took Action 2 to numerous live events and was impressed by its capabilities.

It’s smaller than a phone, easier to grip, and won’t fall over if someone in the crowd runs into you mid-set.

The Action 2 handled it perfectly.

The audio quality won’t be perfect with only one microphone, but it was comparable to what I could have recorded with my phone. 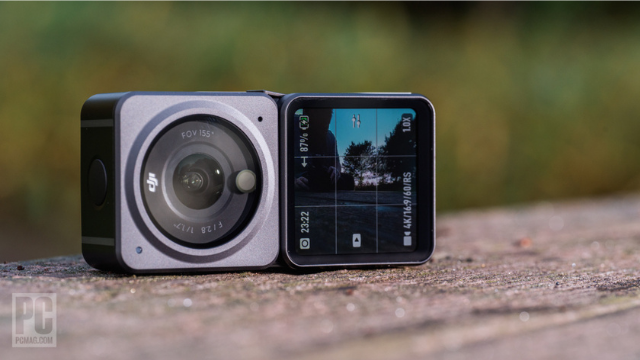 The add-on microphone coming in December will be necessary if you care about the audio quality of your recordings.

As previously stated, Action 2 is prone to overheating and shutting down, making it unsuitable for collecting behind-the-scenes footage.

When I tried to utilise it as an extra camera for a music video shoot, it overheated and shut down during most of the shots.

The 12MP JPEGs look fine straight out of the camera, but shooting Raw provides you with additional editing options.

However, Action 2 only allows you to capture one format at a time and not both JPEG and Raw. Most action cameras can’t photograph close-ups, but the Action 2 has a macro lens adapter.

The macro lens adds a significant vignette to the photographs it generates.

What Are Concluding Remark?

Innovators like DJI spent over two years reconsidering their place in the action camera market.

This camera is small, has a broad field of vision, good stability, and can shoot amazing film.

The app’s performance may improve over time, however overheating may be an issue depending on how you use the camera. Given its small size, it makes it natural that it uses air cooling, however, this limits its usage in some scenarios.

Deshalb is not recommended for recording 4K video of static objects or inside, but it may be suitable for action sports or outdoor activities.

We were amazed by the design and the quality of the footage produced. But the price is hefty for a camera that may overheat and shut down unexpectedly.