Dell XPS 13 Plus: Year after year and version after modification, Dell’s XPS 13 has been one of the best-reviewed Windows laptops on the market. It’s such a well-known name in the high-end notebook sector that Dell is using it to promote a daring new laptop design called the XPS 13 Plus.

At CES, Dell introduced the updated version with a new generation of the basic XPS 13, and it’s now available to order directly from Dell. 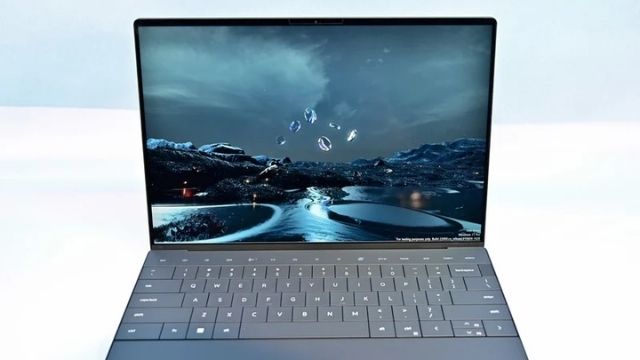 The XPS 13 Plus has a minimalist design language, with a vibrating haptic trackpad that integrates into the wrist rest and capacitive touch buttons replacing the function row keys. The screen is a 13.4-inch 16:10 LCD with no touch option that starts at 19201200, but if your budget allows, you may upgrade to a touchscreen, a 4K touchscreen, or a 4K OLED touchscreen. Despite its unusual appearance, this is a normal clamshell hinge.

The latest Intel 12th-generation processor is installed, which is either a Core i5-1240P or a Core i7-1260P depending on the configuration. Both are 12-core processors with Xe integrated graphics and 8, 16, or 32GB of LPDDR5 memory (the anticipated 14-core i7-1280P doesn’t appear to be available yet).

Storage capacity ranges from 512GB to 2TB, all of which are PCIe Gen 4 M.2 SSDs. The wireless capabilities are completed by Intel’s “Killer” Wi-Fi 5 and Bluetooth 5.2. A fingerprint scanner is included in the backlit keyboard, and the IR camera can handle Windows Hello login.

Physically, the XPS 13 Plus is extraordinarily thin, but at.6 inches thick, it’s not so tiny that it sacrifices high-end Intel hardware. It weighs 2.71 pounds (or slightly more for the OLED version), which is light but not quite as light as the lightest premium laptop on the market.

The battery has a capacity of 55 watt-hours, which is slightly higher than the normal XPS 13. For I/O, the laptop only features two Thunderbolt 4 (USB-C) connectors, one on each side. It’s worth noting that there’s no traditional headphone jack, but it does have a pair of tiny tweeters and woofers. 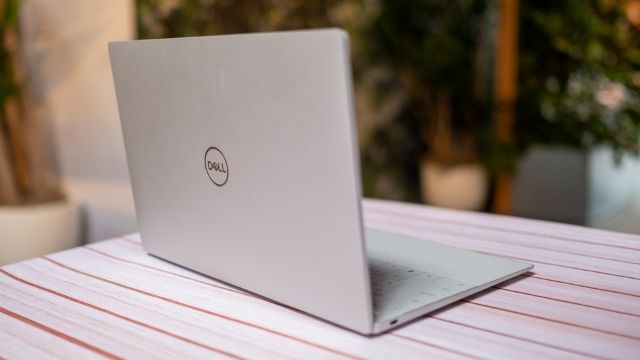 The base version of the XPS 13 Plus costs $1299 and includes a Core i5, standard non-touch LCD screen, 8GB of RAM, and 512GB of storage. Surprisingly, the premium over the basic XPS 13 is only $130. The price jumps to $2,299 when you add the i7 processor, 4K OLED touchscreen, 32GB of RAM, and 2TB of storage. Platinum (grey) and Graphite (dark grey) are the two hues available.

A “haptic ForcePad,” a touch-sensitive surface akin to what you’d find on a MacBook, replaces the usual touchpad. Instead of really depressing, the touchpad simulates the clicky sensation with haptic feedback. The keyboard was also redesigned with flat keys that extend from one edge to the other.

The row of touch-capacitive function buttons, which are little LED-illuminated keys that you tap to regulate brightness, audio level, and mic on/off, is perhaps more startling. Dell believes that this will make switching between function and media keys easier—we just hope it doesn’t end up like Apple’s Touch Bar.

Dell doesn’t normally skimp on the quality of its XPS displays, so I’m expecting a lot from the 13.4-inch, 1920 x 1200-pixel (16:10) LED screen, which is rated at 500 nits and claims to cover 100 percent of the sRGB spectrum. A 4K, DisplayHDR 400 panel or an OLED touchscreen are available to those prepared to sacrifice battery life for image quality.

The XPS 13 Plus appears to be even thinner and lighter than the already slim XPS 13, but it has the same 12th Gen Intel CPUs and the same amount of power under the hood as the most powerful XPS 13. However, in order to narrow down the XPS 13 Plus, Dell removed a few connectors, including the headphone jack. This means that if you want to listen to music privately on the Plus, you’ll have to rely on Bluetooth (or a dongle). 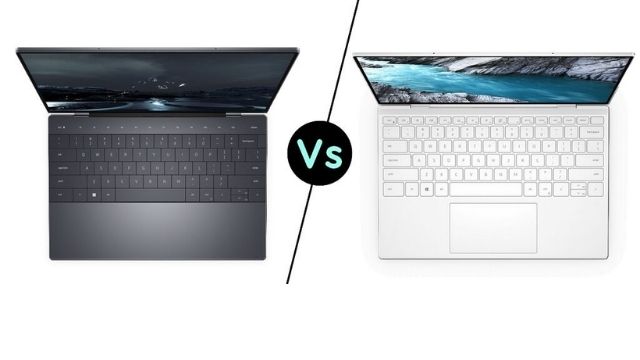 But it’s on the keyboard deck that you’ll notice the biggest difference: Dell has ditched the conventional function buttons in favor of a row of capacitive touch keys reminiscent of Apple’s infamous Touch Bar on older MacBook Pros. Read on for a complete list of all the upgrades you’ll see in the XPS 13 Plus, which might end up being one of the best 13-inch laptops of 2022 when it debuts later this year.

The Dell XPS 13 has a long history of providing reliable performance, and the entry-level variants are more than adequate for most day-to-day tasks. If you’re willing to spend a little more, you can buy a machine with the latest Core i7 processors and up to 32GB of RAM, which is plenty of power for productive work and light gaming.

You can’t get a discrete GPU on the Dell XPS 13 Plus, so you’re stuck with Intel Iris Xe integrated graphics, but you can get the latest 12th Gen Intel CPUs. These are more powerful and performant than the 11th Gen Intel chips found in last year’s XPS 13, though Dell will most likely be releasing new XPS laptops with 12th Gen Intel chips by the time the Plus goes on sale.

The XPS 13 Plus, like the standard XPS 13, may be equipped with a Core i7 processor, 32GB of RAM, and up to 2TB of PCIe SSD storage. These high-end models should be productivity monsters, albeit they won’t be able to handle the most demanding 3D games.

The Dell XPS 13 is one of our favorite laptops because of its slender, eye-catching design, but the fact that Dell has released a revamped version in the XPS 13 Plus gives us reason to be cautiously optimistic.

The Dell XPS 13 Plus appears to provide a minor but significant performance boost over prior XPS 13 notebooks, and the revamped keyboard deck maybe even more comfortable to use than the XPS 13’s already excellent keyboard and touchpad.

However, the XPS 13 Plus has even fewer connectors than the XPS 13, particularly the loss of a headphone jack, which is a bit alarming. We’ll have to get one in for testing and evaluation to see how much of a difference these design tweaks make, and we’re forward to seeing how the Plus stacks up against Dell’s other XPS models.