The Asus ZenBook 13 is an ultraportable laptop that is very light, powerful, and bright. It has the latest AMD Ryzen processors and a beautiful HD OLED display, but its Radeon graphics don’t perform as well as Intel’s Iris Xe, and it makes some unfortunate trade-offs with its ports.

The Asus ZenBook 13 is back for 2021. It has the latest AMD Ryzen 5000 series processors and a full HD OLED display for beautiful, vibrant colours and great CPU performance.

However, its Radeon graphics don’t quite match what Intel Iris Xe can do, and it doesn’t have Thunderbolt 4 support or a headphone jack, which keeps it from being truly great.

Even so, this is one of the best Ultrabooks on the market right now. 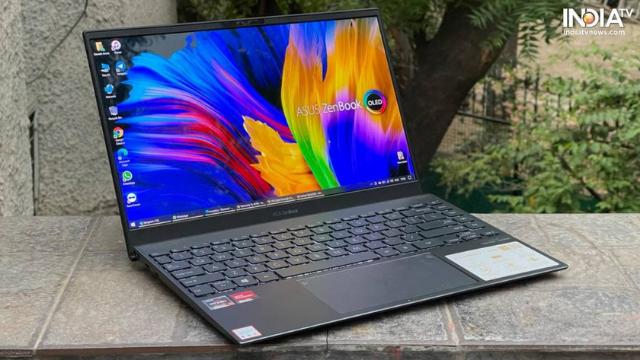 This is one of the best-looking ultrabooks out there, besides the Dell XPS 13 and Apple MacBook Air (M1,2020).

It has a great design, is light, and has a bright and colourful 400-nit OLED display. It’s also a good bit lighter than both of those.

The Lenovo ThinkPad X1 Nano is the only other laptop that’s lighter.

When it comes to performance, the AMD Ryzen 5000-series CPUs are some of the best multitasking CPUs out there.

They make schoolwork, work work, or just opening a lot of Google Chrome tabs a breeze (having 16GB RAM helps as well).

When it comes to GPU performance, though, the ZenBook 13 falls a little short.

The AMD Radeon graphics are capable, but they aren’t as good as the competing Intel Iris Xe integrated graphics.

But the Asus ZenBook 13 beats its competitors when it comes to battery life.

It has a large 67WHr battery that lasts for hours longer than some of its major rivals, like the XPS 13.

Still, the ZenBook 13 has some flaws that can’t be ignored, like the fact that it doesn’t support Thunderbolt 4 and doesn’t have a 3.5mm headphone jack.

This means that you have to use one of the few USB ports or Bluetooth to connect a headset.

Some people might also find the keyboard and trackpad too small, but it’s not a huge problem.

Even though these problems do hold the ZenBook 13 back a bit, and some of them might be deal-breakers, you should check out the Asus ZenBook 13 if you have wireless earbuds ready to go and don’t need the most cutting-edge graphics.

At the moment, the 13-inch model is not available in Australia.

The Asus ZenBook 13 stands out because of how it looks. 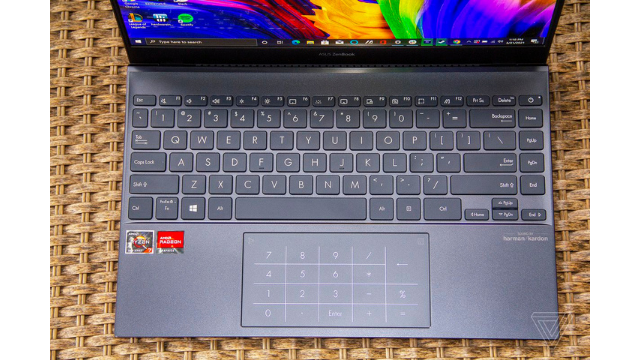 One thing that does help, though, is that when you fully extend the screen, the keyboard lifts toward you. This makes typing on it much easier than it would be otherwise.

The Asus ZenBook 13 is a bit of a mixed bag when it comes to how well it works.

This is pretty typical for AMD chips, which tend to be better at multitasking than Intel’s but worse at games and video encoding that need more power from a single core.

On an Ultrabook like the ZenBook 13, you probably won’t do much of the second type of work, so the multicore performance is more important for general use and productivity work.

The Asus ZenBook 13 had some of the best battery life we’ve seen in an Ultrabook that didn’t have an ARM chip.

Even so, the ZenBook 13 was only a couple of hours behind the MacBook Air (M1) in our HD movie test, lasting 9 hours and 9 minutes to the Air’s 11 hours and 15 minutes.

What About The Features!

Given how much cameras have become a part of everyone’s lives in the past few years, we’d like to see a better one on the ZenBook 13, but it’s not the only one with a low-quality camera.

There is a privacy switch that will turn off the camera, which is good news.

Even though it’s not a real shutter, it’s better than having no switch at all.

Most of the time, the microphone was very good, and our coworkers could hear us loud and clear in meetings. We also had several job interviews that went off without a hitch.