ASUS ROG Flow Z13 Review: All You Need To Know!

The Surface Pro’s design has been around for almost a decade, so, surprisingly, no one has tried to develop a 2-in-1 gaming device.

Every technology, from tablets to smartphones, save gaming PCs, has a hybrid version. ASUS teased us with the ROG Mothership in 2019, and now it’s returned with the ROG Flow Z13.

If you’re familiar with Microsoft’s detachable, one look at the Flow Z13 (which starts at $1,800) will show you why I referenced the Surface Pro line.

ASUS has taken that design and made it gamely. You get a 13.4-inch full HD screen, a kickstand, and a magnetic strip for a keyboard cover. 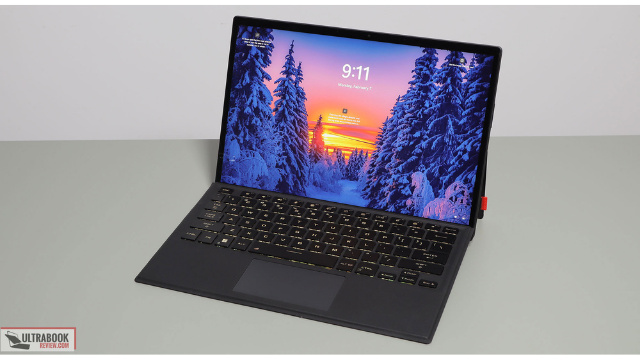 This cover, with its bouncy keyboard and little touchpad, feels like a Surface. RTS or FPS fans will need an additional keyboard. Like Microsoft, ASUS disguised a microSD card port and M.2 cover under the kickstand.

The 8-MP camera on the back has poor image quality (the cam in front is fine though). Other connectors include a USB-C port with Thunderbolt 4, a USB A port, and two concealed ports. Later.

Despite looking like a Surface, the Z13 has a drastically different feel. ASUS’ over-the-top cyberpunk style may be too much for some.

I like it, especially the RGB-lit back window. We need more see-through gadgets, period.

Also Read:  Samsung Galaxy Watch 5 Is The New Entrant You Should Know About!

In everyday use, browsing the web or social media, the Z13 is silent. Fan noise is distracting but not unbearable. While the Z13’s back gets heated, ASUS’ tablet design and vapour chamber cooling technology assist in minimising throttling.

An i9 chip and 3050 Ti don’t generally go together. Most games will choke the Z13’s GPU, making a high-end CPU unnecessary.

After I connected everything, gaming performance doubled, with Forza Horizon 5 frame rates leaping to 87 fps at the same settings (134 fps in Shadow of the Tomb Raider and 95 fps in Metro Exodus).

We’re looking at a portable gaming tablet with notebook-like performance. You can leave the removable dock behind if you’re not gaming. It includes its power cable to charge the Z13. You can leave ASUS’ basic charging brick at home if you pack these two.

When you’re not using the dock, there’s a USB-C 3.2 connector that enables video out with G-sync.

XG dock has some oddities. You can’t just disconnect it. Before pulling the plug, manually disable it from the Windows system tray icon. 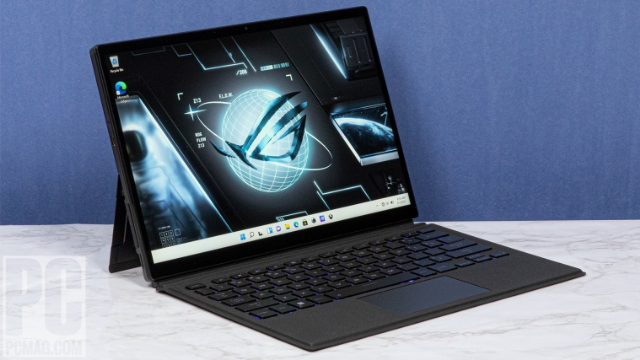 You can’t choose the GPU—and it’s RTX 3080 or nothing. If you wish to update, you’ll need a new dock, presuming ASUS develops a second generation.

Because of its proprietary interface, the XG Dock is only compatible with this system and the ROG Flow X13, the Z13 laptop.

What About Its Lifespan?

You’ll need ASUS’ power brick when you leave the house, especially if you plan to game. Even with casual workloads, the Z13 ran out of steam before the end of the day. The Z13’s USB-C Power Delivery charger can also charge other devices.

I’m usually less torn when summing up a product. I love the idea, the design, and the ability to add a hefty GPU for added performance.

I love that I can open it, pair a controller, and start gaming without a keyboard. Z13 is unique. The package isn’t practical or a good value.

As a laptop, it’s top-heavy because its innards are packed into a tablet chassis. Its battery life is two to three hours shorter than comparable gaming laptops we’ve tested.

Even though it’s tiny, the Z13 doesn’t let you pack lighter than a 14 or 15-inch laptop with all its peripherals.

Also Read: Review: DJI Action 2, The New Word For Design In This Industry! 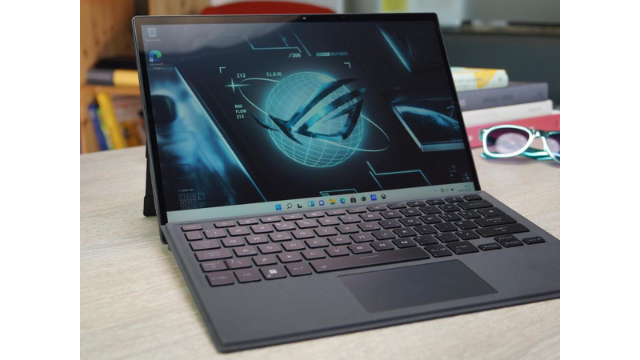 If you need extra performance, you’re generally better suited with a conventional external GPU enclosure that you can update later.

Still, you should get one. But you should be prepared. The Flow Z13 is an interesting system, and I’m delighted ASUS finally created a gaming tablet/detachable 2-in-1 after all these years. Despite its hefty price, the Z13 is impractically cool.

Alienware X14 Review: A portable gaming laptop You Should Have!