The Apple AirPod Max is a great pair of headphones with the best active noise cancellation (ANC) in its class and a good sound signature.

However, it has a few annoying quirks that make it clear that it is an Apple product.

If you already use Apple products and love your AirPods Pro, the AirPods Max are the same thing, but they go over your ears.

Since 2014, when Apple bought Beats by Dre for an ungodly amount of money, it’s been clear that the company wants to get into the consumer audio market.

Even though the first AirPods were terrible, they were a big hit, and the AirPods Pro are among the best truly wireless earbuds you can buy.

So when Apple announced the AirPods Max, its long-awaited over-ear headphones, we were both excited and unsure.

How To Use It!

It’s a mixed bag to use the AirPods Max.

This headset is great in some situations, but things get weird when you try to use the AirPods Max in a way Apple didn’t intend.

Even if you just want to go wired, you have to go through a few hoops.

The AirPods Max doesn’t have a 3.5mm headphone jack, so you can’t use them with anything but a Bluetooth-enabled device unless you buy an Apple Lightning-to-3.5mm audio cable for USD 35. 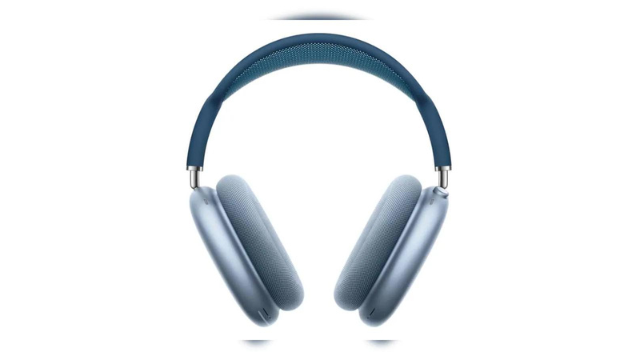 If your chosen device doesn’t have a headphone jack, like Apple’s own iPhones, you’ll need another $USD 9dongle.

Still, you shouldn’t have any trouble as long as you stay in Bluetooth land.

The AirPods Max has excellent noise cancellation and a mode that lets you hear what’s going on around you with the click of a button.

The digital crown at the top of the right ear cup is used to control the volume and playback, and it is so smooth it is crazy.

When I’m trying to adjust the headphones, I sometimes turn up or down the volume by accident.

When you take off the headphones, tiny sensors on the inside of the ear cups stop the music automatically.

Putting the headphones back on makes the music play again.

The headset doesn’t have a power button to turn it on or off.

Instead, it goes into a low-power mode when you put it in the case.

When you take it out again, it’s ready to go. This is handy, but it only helps if you use the case.

When the AirPods Max isn’t in their case, they stay on for a few hours before going to sleep.

During that time, the battery is being used up.

What About The Looks?

The AirPods Max does a great job of being high-end headphones.

The aluminium ear cups and stainless steel headband feel strong, and I don’t think they’ll break if I throw them in my backpack.

With so much metal, the AirPods Max are also very heavy at 386 grammes.

This is much heavier than the other best noise-cancelling headphones we’ve tried, and you can feel it.

That doesn’t mean, though, that these aren’t comfortable.

The headband is brilliantly made so that the weight is spread out evenly.

The padding is soft and the headband is made of a light fabric that feels great. 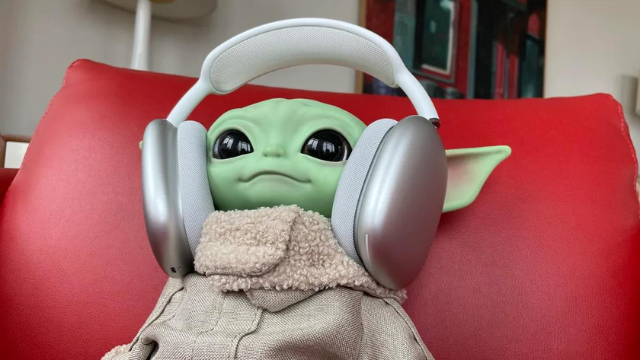 The ear cups are my favourite part of the headset because they feel so good.

They are comfortable, and the padding is easy to take off and replace when it wears out.

This lets you mix and match colours, but if you want to do that, you’ll have to pay another USD 69.

The ear cups are very deep, which is an important feature.

Having a lot of space around your ears helps with a lot of things, like distributing your weight well and making it easier to block out noise.

It might not seem like much to get excited about, but bigger ear cups make more things work for more people, as we’ll see in a bit.

One big problem is that there are no hinges that fold.

Even though the rotating ear cups make them easier to put in a bag, they don’t fold down as other headphones do.

The headband is made of metal and can be moved to make it fit better, but it won’t fold up to save space.

The H1 chip in the AirPods Max makes the connection pretty strong most of the time.

This uses Bluetooth 5.0 with the AAC and SBC Bluetooth codecs, just like the smaller AirPods Pro.

A SoundGuys colleague says that there are sometimes problems when listening to Spotify on an iPhone SE2.

He also says that podcast audio isn’t sent to the AirPods Max even though a Bluetooth connection is set up. 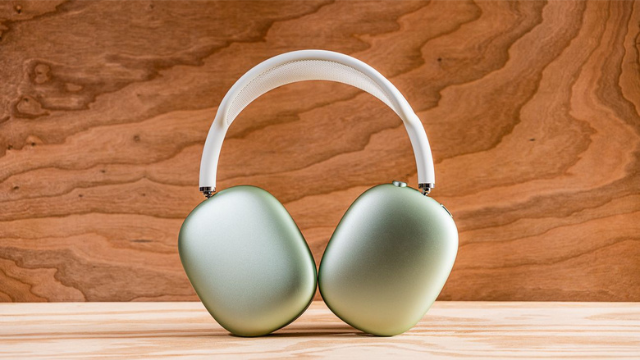 For those who don’t know, a Bluetooth codec is how two Bluetooth devices talk to each other.

All Bluetooth devices that send and receive sound use the standard SBC codec.

The AirPods Max also uses AAC, which is better, but some Android phones don’t work well with it (through no fault of their own).

Also Read: Microsoft Surface Pro 8 Review: Here Is All You Need To Know!