Android 13: We’ve already had an opportunity to look at Android 13 in-depth owing to Google’s developer previews, but the first beta, Android 13 Beta 1, was just released. While Android 12 may feel like it was recently released, Google’s development cycle requires a new Android version every year.

The business gives up its previews to guarantee it’s bug-free and applications are ready for it, and this time is no exception. Given that we’ve already had a chance to play with a couple of pre-releases, we’ve learned a lot about the upcoming OS version. 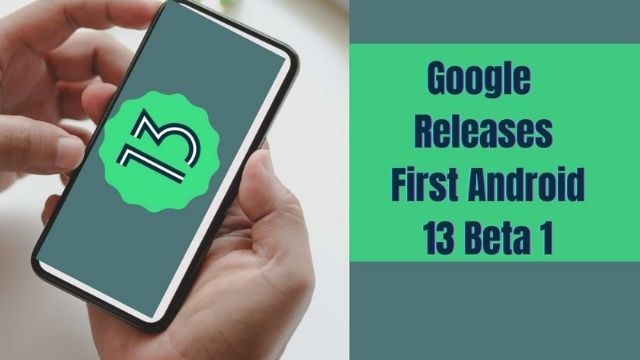 Early in February, Google released the first developer preview for Android 13, giving us a sneak peek at the company’s next major release. Google released Android 13 DP2 a month later, as planned, laying the basis for the first Beta release on April 26.

The initial beta, as is customary, isn’t jam-packed with new features, but Google is hard at work getting everything ready for Beta 2, which is expected to arrive on May 11th this year during the company’s developer conference, Google I/O. Then expect to receive a much more in-depth look at what’s to come.

Android 13 will most likely focus on behind-the-scenes adjustments rather than any spectacular new redesigns, especially after a major redesign with Android 12 last year.

Despite the change in naming method, the first beta of Android 13 DP2 doesn’t include nearly as many new features as the second.

One of the best bits of news is that thanks to Generic System Images, anyone with a Treble-compatible phone can now test Android 13. These images work with any Treble-compliant phone running Android 9 or higher, making this one of the most accessible Android betas yet.

In terms of functionality, Android 13 Beta 1 introduces a new clipboard editor that allows you to edit the captured text before pasting it somewhere else. When you need it, it’s handy, and when you don’t, it’s out of the way.

Another genuinely entertaining new feature has arrived in the media player that resides in your notifications and lock screen. The playback bar squiggles and moves in time with the music, creating a lovely experience. In the same vein as the wallpaper picker, Google has finally included a slew of new Material You theming options, letting you choose from up to 16 different themes based on your background. 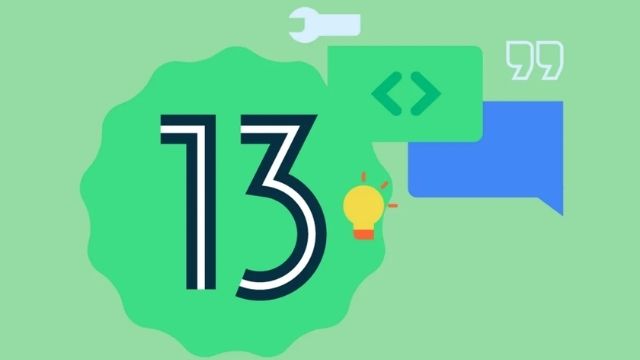 There’s also some good news for those of you looking forward to Google’s huge screen devices. A Nest Hub with a detachable display running Android may be on the way soon, according to Android 13 documentation, and Google is working hard to bring its big screen launcher up to par with the ordinary one.

Android 13 Beta 1 also has a feature that allows you to operate your smart devices at home without having to unlock your phone, which would be useful for a device like the reported Nest Hub.

Google has also chosen to reverse a contentious update introduced in Android 13 DP2. After rebranding the popular Do Not Disturb mode to Priority mode, the business has renamed it back to Do Not Disturb, with the Priority mode branding gone.

The QR code scanner quick toggle option is also functional in Android 13 Beta 1—it was not working in prior versions.

Unfortunately, this version also broke a few things for Google. Even though the business noted it in its beta blog post, the per-app language change feature that was first offered in DP2 is curiously missing. The Android 12 app drawer search is also gone, with the drawer search now defaulting to the Google app—however, this could be due to Google’s larger changes in the works. 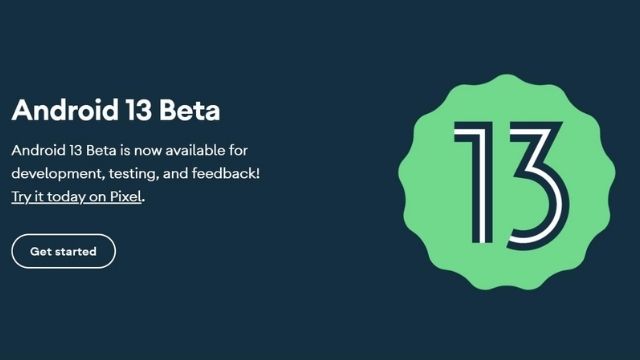 We’re keeping our focus on privacy and security while also providing you with new APIs to help you create exceptional customer experiences.

The newest upgrades to previously announced features, including the new notification permission, photo picker, customized app icons, better localization and language support, and more, are included in Beta 1. Beta 1 also includes a few new features, so give them a shot and let us know what you think.

Previously, an app required to seek the READ EXTERNAL STORAGE permission to read shared media files in local storage, which granted access to all sorts of media files. We’re introducing a new set of permissions with more granular scope for accessing shared media assets to give users more transparency and control.

Now is the moment to test your app for Android 13 compatibility if you haven’t already. We’re giving early-adopter users and developers access to Android 13 now that it’s in beta. This means that in the coming weeks, more users will be testing your app on Android 13 and reporting any issues they uncover.

Install your published app from Google Play or another source on a device or emulator running Android 13 Beta and go through all of the app’s flows to ensure compatibility. Examine the changes in behavior to help you focus your testing. Publish an update as soon as feasible after you’ve rectified any difficulties.

We’re moving closer to Platform Stability in June 2022 with Beta.

App-facing system behaviors, SDK/NDK APIs, and non-SDK listings will all be completed at that time. You should complete your final compatibility testing at that point and release a completely compatible version of your app, SDK, or library. More information on the developer timeline may be found here.

The Android 13 Beta release today includes everything you’ll need to try out the new features, test your apps, and provide feedback. To get this and future Android 13 Beta and feature drop Beta upgrades over the air, simply enroll any supported Pixel device here. You’ll get these updates automatically if you’ve already installed a developer preview build. Install the SDK to get started developing.

Try Android 13 Beta on Android GSI images for even more testing on compatible devices, and if you don’t have one, you may test on the Android Emulator by downloading the latest emulator system images via the SDK Manager in Android Studio.

How to Do ‘Google Chrome Updates 2022’ on Windows, Android, iPhone!