2024 Mustang S650: The 7G Ford Mustang has been sighted without camouflage on its divisive front design, following numerous speculations and spy photographs. A lot has to be taken in, from the LED headlights to the form of the top grille and the vents on the front bumper.

The face of the impending 2024 Ford Mustang designated S650 may have already been shown in two new photos circulating online, much ahead of its unveiling. The photographs show a front fascia that has been updated in a subtle and evolutionary manner, but not inconsequential way. 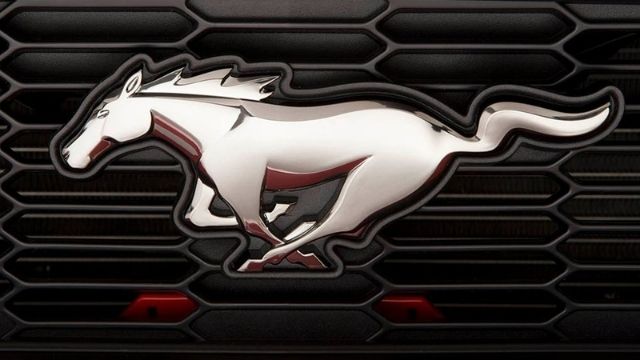 Steeda first uploaded what appear to be brief photos, potentially from a brochure or a slideshow, on the Mustang7g forums and Facebook, with a reader of Ford Authority spotting an actual prototype of the muscle vehicle with practically no camo on the front.

They appear to reflect distinct models of the 7th generation Mustang, but they both have a simple design with a long line above the headlights and a strong brow on the grille.

c with vertical bars and the car’s traditional emblem sits beneath that. Meanwhile, new triple-element headlights with a compact and purposeful design flank it. 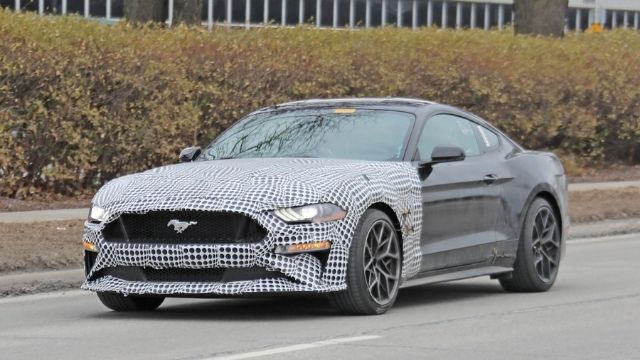 According to Ford Authority, we’re dealing with evolution rather than a revolution, a fluid reworking of the Ford Motor Company’s mid-cycle facelift for the 2018 model year. The prototype, a black fastback coupe with no amber headlights and an unsightly license plate holder up front, maybe a universal specification.

The S650 is expected to keep the EcoBoost four-cylinder turbo as the basic powerplant, which has already been confirmed with V8 power and a good ol’ stick shift. Given that Ford is about to launch the F-150 Raptor R, the Shelby GT500‘s Predator supercharged V8 might stick around as well.

Electrified versions of the 2.3-liter EcoBoost and 5.0-liter Coyote may be added to these powertrains. So yet, Ford hasn’t verified or refuted the rumors, but the Dearborn-based carmaker does need to act swiftly. We must also remember that the Mustang GT and Mustang Mach 1 have lost 10 horsepower and 10 pound-feet of torque for the 2022 model year, in addition to ever-stricter emission and fuel economy rules.

Make a wild guess as to why that occurred. The corporation would not provide further details but did reference pollution limits. In these circumstances, an electric powertrain would be beneficial to the Mustang without compromising performance.

It’s a foregone conclusion that Ford will keep using the 10-speed automatic transmission that debuted in 2017 with the F-150 half-ton pickups. In the Mustang, the 10R80 replaces the 6R80, which was based on the 6HP from ZF Friedrichshafen. 10R80 stands for ten forward gears, rear-wheel-drive applications, and 800 Nm, as the name says (590 pound-feet).

The interior of the S650 was also recently spotted by the paparazzi. The list of enhancements begins with a flat-bottom steering wheel and a digital instrument cluster. Unfortunately for certain customers, the HVAC system’s conventional controls have been replaced by digital controls integrated into the central touchscreen, which is likely to run SYNC 4 OS or SYNC 4A OS.

Because the proportions seem a touch odd, as if the page it’s on has been bent, the above photo appears to have come from a brochure or some other tangible form of media. However, it shares a design with a lower-trim S650 Mustang shared by Fordauthority.

The thick-sidewall tires and toned-down front end suggest that the second photo is of an Ecoboost model, but the general design, lighting, and strong brow all seem the same as they did in the first photo, implying that it is a GT or other higher-performance type.

The large and narrow license plate holder, which does not appear to be designed to carry an American plate, adds to the confusion. However, it’s possible that Ford is already designing a right-hand-drive vehicle.

Ford has already begun testing the vehicle on public roads in the United States, albeit it is heavily camouflaged. Even with the disguise, the proportions appear to be coupe-like, and the interior appears to have been fully overhauled.

As is the norm today, its digital instrument cluster will flow right into the center infotainment screen. However, a flat-bottom steering wheel and a familiar shift lever suggest that Mustang fans will feel at ease inside the new vehicle.

The blue oval has access to a hybrid 2.3-liter EcoBoost four-cylinder engine and, of course, a 5.0-liter V8 engine, but nothing is known about the powertrains it plans to provide for its next-gen pony car. However, Ford has promised, “V8-like performance with more low-end torque” from a hybrid Mustang, which might be exciting or disconcerting, depending on your Mustang fandom.

The S650 Mustang is set to debut next year, and it will most likely be available as the model year 2024 vehicle.

The Mustang7G forum has recently uploaded some new spy images of what appears to be a new S650 Ford Mustang mule in the works. These aren’t the first photographs of the new seventh-generation Mustang to the surface, but they do stand out because they appear to depict a high-performance version.

The ’24 has a blockier appearance than the existing car, with headlamps that exchange angular assertiveness for a more horizontal and rectilinear design that contains three separate light sources. The classic corral grille has more upright sides and a more open bottom fascia with squared-off lower intakes. To add a little more detail, we brightened up the images found by FordAuthority. This model appears to be on the lower end of the spectrum.

Ford has yet to establish a release date for the S650-generation Mustang. The next Mustang, according to a Ford executive who spoke to the Australian website Wheels, will appear in 2023. It’s unclear whether that vehicle would be designated as a 2023 or 2024 model year vehicle in the United States based on that information. Surprisingly, the Ford executive refused to say if the next-generation Mustang would come with a manual transmission.